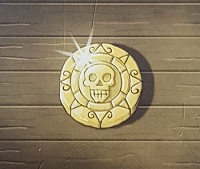 Big box board games can provide a tremendous experience to the players, but they also require a lot of input in return. Playing time, table space, learning process, or a specific number of players. Often, these terms are hard to achieve and you only have time for something small and short, a so-called filler board game.

There are a lot of choices when it comes to those, and Port Royal is certainly among the highly recommended titles. This article analyzes why it’s such a good, near-perfect, filler board game.

Port Royal is just a deck of cards in a small box. Perfect for traveling. The deck consists of two types of cards. There are trading ships that you can trade with and gain coins (or go bust, if you’re too greedy), and character cards, which are people that you can hire and give you special abilities.

The cards are also used as coins tokens, which are depicted on their backs. Not only is this a minimalistic use of components, but it’s also clever because a coin-portion of the deck will not be revealed and thus you never know which cards are still left in the deck.

There’s a pirate on the box! That alone is pretty exciting, if I may say so. But the real excitement is hidden in the gameplay. Port Royal combines several game mechanics, most notably push-your-luck and tableau-building. Turn by turn, you will draw cards from the deck, increasing your potential to draw more cards that will score valuable points.

How many cards you can take from the display depends on the number of different colored trading ships there you draw to the display. You’re constantly pushing for more, but if a ship appears that you can’t beat, you bust and can’t take any cards this turn. Persona cards offer many paths to victory, there are ways to mitigate bad luck, and you can even buy cards when others are on their turn, making you continually on alert.

3. Games are short and flow swiftly

If you’re not a fan of long gameplay and downtimes, Port Royal has you covered. Draw, draw, draw, think of pushing a bit more, draw, draw, bust, next player.

It’s that fast, and as mentioned, you’re watching the turns of others closely, as you can buy cards from their display too. Two players who know the game can play a match (to 12 points) in 10 to 15 minutes. Then – rematch! Even with more players, the game remains fast and fluent.

4. It allows for different strategies and engine-building options

There’s a fair amount of luck involved in PortRoyal, but the game does reward well-planned builds. There are several paths available – cards you draw allow various special abilities, and you can even stack them, adding their powers together.

You can focus on swords, fending off unwanted trade ships, traders to gain extra coins, governors, and ladies to draw extra cards or get a discount when buying display cards, or even jesters, which allow you to get some money even when you bust. Then there are expeditions – set-collection quests that reward you with extra points and coins if you fulfill their requirements. 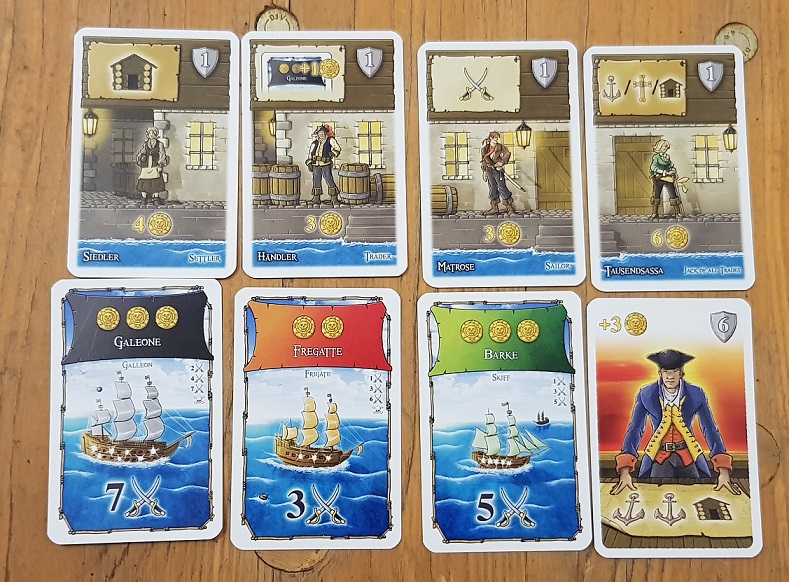 While the base game is normally played to 12 points and offers a diverse deck itself, you can adjust the game modes yourself. On yucata.de, a very popular game mode is:

Of course, you can set the goals yourself, whatever suits you. I found that the 12-point goal is well-suited to the base game. When you include the Just One More Contract… expansion, the game opens up significantly. New persons and ships offer many more possibilities and the 18-point goal seems about right, as it’s now easier to gain points.

The second expansion, The Adventure Begins…, is also interesting, as it introduces scenarios and events, that players can tackle competitively or cooperatively. Moreover, there’s a Big Box version of the game available, which includes both aforementioned expansions, as well as the standalone game Port Royal: Unterwegs. But with all that included, were slowly drifting away from filler game waters.

Port Royal is a perfect filler board game because it’s tiny, the gameplay is quick and exciting, yet offers various paths to victory. It also scales great to various player counts.

There are two expansions available, which add a lot more meat to the bones, and are overall great additions. Just beware that with them, Port Royal becomes a slightly longer and more complicated game.