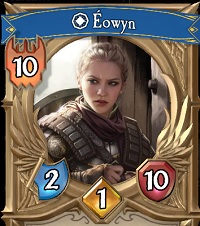 This article is my The Lord of the Rings Adventure Card Game Review. I talk about the theme, mechanics, and content. Is it worth your money? 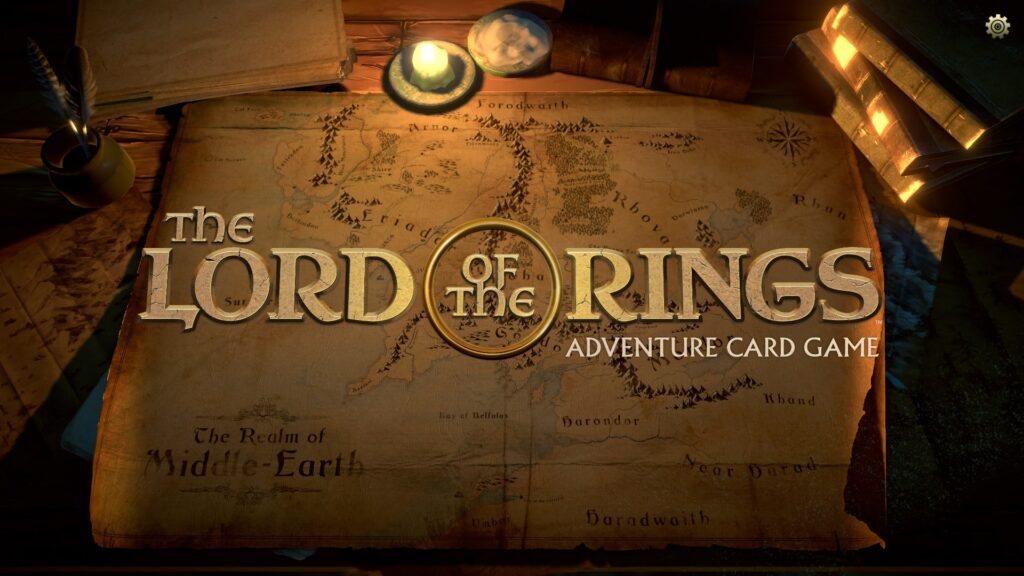 Introduction to The Lord of the Rings Adventure Card Game Review

I’ve got to admit Lord of the Rings is one of my favorite fantasy universes. It’s astounding what an intricate and detailed world J.R.R. Tolkien created almost 70 years ago. Yep, it’s that old, just another confirmation of how well-made the whole world and the plot are.

I still remember the first time I read the books. They pulled me deep inside and made me feel like I’m part of the story. They almost made me wish to have lived in Middle-earth. If it wasn’t for the constant violence in it.

Another thing that I like is card-driven games and deck-building. So naturally, one would think I would be all over The Lord of the Rings Adventure Card Game. But that wasn’t the case, mainly because I don’t like the living card game concept.

Sure, it’s a lot better than a collectible card game, but the constant addition of new expansions is a thing still. With the rate they’re pushing them out you’re either going to:

Either way, you’re stuck with an incomplete collection or a bunch of unplayed games and I like neither of those ideas. Buying just a few expansions is never going to work either – I’d just want more until I’d be stuck too deep. So I decided to stay out in the first place.

But the game still intrigued me. It’s supposed to have very sound game mechanics and a good narrative. And it’s Lord of the Rings, after all. When I saw The Lord of the Rings Adventure Card Game on sale on Steam for a laughably low price I didn’t hesitate much.

The first thing that greets you is the excellent Lord of the Rings artwork. From menus, down to the cards. The characters come to life with the illustrations on the cards. There are several pictures available for each of the heroes – they can be purchased with in-game currency. They are truly a work of art and allow for plenty of customization.

The immersion is further enhanced with the licensed music. The cherry on the cake is the voice acting. All the story cards are narrated with a high standard. Indeed, no one can blame the game for not creating an authentic Middle-earth atmosphere.

Navigating the menus, the first flaw appears. They have been designed with touch devices in mind, which means the buttons are oversized, and the menu has too many “levels”. Some actions require too many clicks to accomplish and the deck-building interface is a bit awkward. 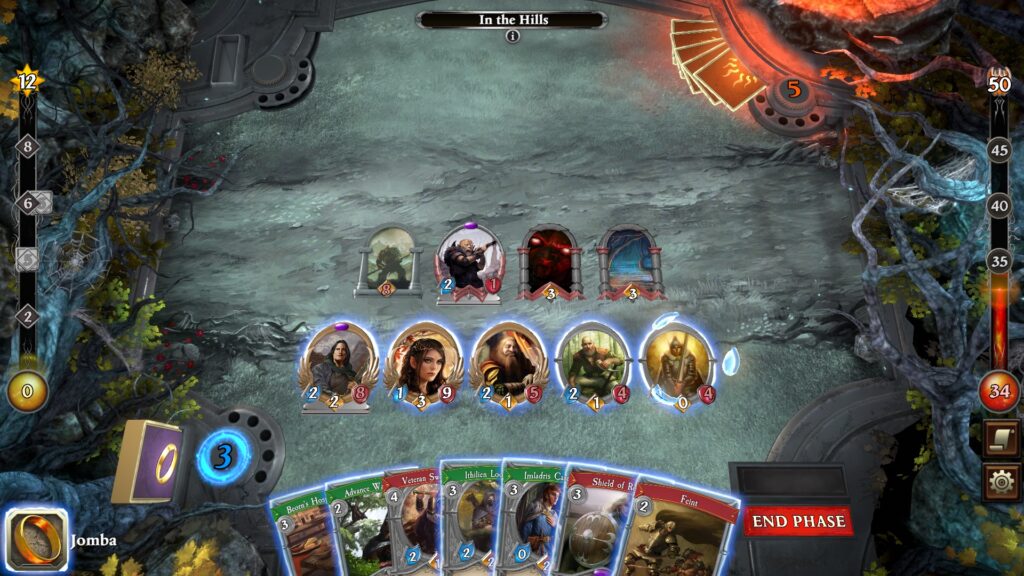 But fine, after a while you get accustomed to all this. Let’s see what the game offers in terms of content. There are three campaigns, each five quests long, then there are random skirmish encounters from Galadriel’s mirror and 3 harder quests.

This adds up to over 20 hours of gameplay for the first playthrough, just to experience the story in a single-player mode.

Now add all the customization options: over 20 unique Tolkien heroes (all the big names from the lore are here, of course), the ability to build your deck any way you like, different difficulty levels, high-score challenges, and the option to play with other players, there is no shortage of content in The Lord of the Rings: Adventure Card Game – Definitive Edition.

Campaigns: red thread is strong through the sensibly connected battles

The campaigns are story-driven. The writing is excellent and with the already mentioned voice-acting, I got the same warm feeling as when reading the books. The campaigns are unique to the digital version (you can’t play them tabletop) as far as I could check. So there’s something new for the tabletop players, as well.

The first campaign revolves around Bilbo, and how the spiders abducted him and handed him over to the orcs, who are, as usual, up to no good. Your party follows his trail deep into orc territory, saves him, and brings him back to safety.

All this is an excuse for constant fighting. Spiders, orcs, slugs, bats, wolves, bosses, and mini-bosses. The enemies are varied and there is no shortage of them. 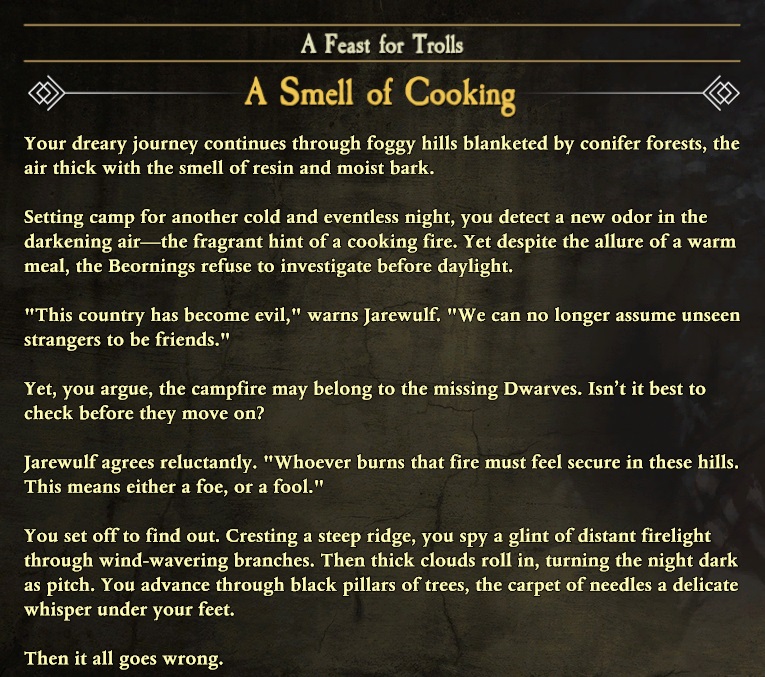 Don’t go into a battle ill-prepared

There are four pre-made starter decks ready, so you can get straight to playing. It would be nice to have more pre-made decks, especially later on as you unlock new cards, there could also be stronger decks to unlock. But you have to build those manually, unfortunately.

While some will enjoy the deck-building aspect, others will not. There’s unfortunately no way around it. If you want to beat the tougher quests, you will have to create your own decks, as starter decks are just too weak to crack those nuts.

Combat mechanics are simple, yet offer many tactical options

Now we come to the most important element, the core of the game. I’m happy to report that the card-driven combat is excellent. You start each quest with a selection of three heroes and your deck of 30 cards. There are 22 heroes available and 184 different card types – some of the better must be unlocked by gameplay.

Each character has three stats: attack, willpower, and health. While the first and last are self-explanatory, willpower is used to complete objectives or add to the Fate meter. On top of that, heroes also come with special abilities. For example, Aragorn can act twice per round, Arwen can heal, Bilbo steals mana from Sauron, and so on.

You can add more units to your lineup (up to 7 characters total), which increases your fighting capabilities. Units (yours and Sauron’s) can also have properties, such as Guard, Block, Stealth, Ranged, etc., which all affect combat. There are also weapons, armor, and items that can be attached to increase stats.

Do one action per turn

On your turn, you can do one of the following:

If you have added enough to the Fate meter, you can use that to perform free actions. These are scenario-specific bonuses: maybe an ally arrives to help you, your heroes heal, all characters gain block, and so on.

A character becomes exhausted when he/she has acted. It’s then Sauron’s turn. After all the units are exhausted, both you and Sauron run out of mana or pass, the round ends and a new one begins.

Each quest will have a certain objective. Perhaps you have to escape (fill enough willpower to an objective card), withstand attacks for a number of rounds, make sure Bilbo survives (even though you’d like nothing more than to toss the grumpy old hobbit to the orc’s mercy), or something else that makes thematic sense.

In addition to all sorts of nasty beasts (the combat on his side works the same as yours, only that his minions lack the willpower stat), Sauron will also throw extra objectives at you. Those can slow down your progress or hurt you in other ways if you don’t address them with willpower.

But Sauron has another nasty surprise up his sleeve and that’s the Threat meter. It increases every round (or if Sauron plays certain cards) and it has thresholds that bring bad things into the game: more enemies, stronger enemies, increase their stats, and similar atrocities. If the meter goes all the way up, you lose automatically, so you better hurry up or have some cards that lower the meter in your deck.

As you can imagine this results in very tactical combat. You have to use the right ability at the right time, manage your mana (maybe save some this round, so you can use stronger cards the next?), think about objectives, when to add more units, and consider the Fate and Threat meter. And don’t forget the enemy across and his units that will kill you if you don’t do anything about it.

Despite all the factors above, the gameplay is easy to get a grasp on, intuitive, and smooth. Almost too smooth, as I made a capital mistake that made me replay the whole quest. An undo button would be welcome. But overall, the battles are a joy to play.

Sauron’s AI would be best described as unpredictable. Often, he’ll make a less-than-optimal move. At first, I considered this a negative, but with further consideration, it actually seems immersive. You know those orcs are not really Mensa members, are they?

Difficulty can be increased in other, mechanical ways. Sauron gets more mana and draws more cards. Which is very welcomed as your decks get stronger and stronger.

I had (and still have, as I intend to play this for a while longer) a lot of fun with The Lord of the Rings: Adventure Card Game – Definitive Edition. It’s excellent, mechanically and thematically. The stories it tells are intriguing, making you want more; and the combat mechanics are top-notch.

I recommend it to all Lord of the Rings fans, whether you played the tabletop edition or not. And if you’re still not sure, you can wait for a Steam sale and get it dirt cheap. I’d say you could also go for a refund if you don’t like it, but I guarantee you that won’t be necessary.

I’ve played many digital editions of board games and The Lord of the Rings: Adventure Card Game – Definitive Edition is easily among the best adaptations.