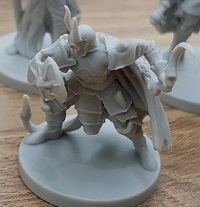 Every coin has two sides and it’s no different with board games. This article will explain the factors why are board games bad, and what to do to negate that and get maximum enjoyment out of them.

Why are board games bad?

There are several factors that can make board games bad for you and others. There’s the environmental impact of producing and shipping them.

Board games can also be an addiction, which takes up a lot of time, space, and money. Learning them can be stressful, while a competitive environment will often bring out the worst in people.

Producing board games is not an environmentally friendly activity. Although paper, cardboard, wood, and plastic can be made from recyclable sources and be made recyclable themselves, the process itself has a fairly large carbon footprint. Unfortunately, it’s very rare to see declarations on the box whether a board game has been made recyclable.

Then there’s the packaging. One-time-use plastic shrink-wraps and bags are a waste and paper-based or biodegradable plastic wraps are uncommon.

As most board games are produced in China, shipping is a large portion of their carbon footprint. In shipping containers, planes, lorries, and vans – the games travel many miles before arriving at your doorstep.

Playing, on the other hand, is environmentally friendlier. Other than traveling, not much energy is used for playing and maintenance. They don’t require special supporting equipment and don’t generate any waste. (Except for those cards you tear up during legacy games. :))

Therefore, if you wish to further keep their environmental impact down, you’ve got to focus on playing, not buying. Don’t buy games just for the sake of buying and make sure you play the hell out of the games you own. That way the resources they were made and delivered with, will be well-spent.

And don’t forget about the second-hand market. You can sell your unplayed games and buy used games locally – board games are perfect for this.

Board games can be addictive

Like a lot of other activities, board gaming can be harmful in large doses. Regular players often neglect physical activity and healthy eating, which can be detrimental to your long-term health.

Then there’s the shiny new object syndrome. A new board game has come out (or even more dangerous – is available on Kickstarter) and you just need to have it. Even though you have a large shelf of unplayed games (many of them unopened still!) right there at your home, just collecting dust.

Such behavior can lead to a dangerous hoarding addiction – luckily, in the board gaming world the damage is mostly monetary and you can re-sell some of your games later. But it can easily spin out of control. I’ve seen gamers with hundreds or even thousands of games in their collection.

Just like you, I’d like nothing more than to fill out my days (and nights) with gaming – maybe even play a full table of Twilight Imperium in one sitting. But rarely do we have a chance to dive in that deep and forget about the outside world for too long.

In reality, we’re limited by the free time we have, and the time other people have. Often, real life will get in the way and you’ll only have time for a short, light game with your partner before bedtime, instead of a meaty gaming night. Other times, work and kids will tire you too much, and all you want is just some quiet time on the couch.

Organizing a game night can be a tough nut – it depends a lot on the stage of life you (and your group ) are in. In school/college/retired? Great, you have all the time in the world and I envy you for being able to play every day. Long working hours, family obligations, other hobbies? Much, much harder to get everyone together.

Many modern board games come with a plethora of components, boards, and other moving parts.  It’s said they have a large footprint, meaning they require a large surface to play on. Often, such games also have long playing time, together with a long set-up.

These facts are a real pain if you don’t have a dedicated playing table. Sure, the dining table will do just fine. But how will your family look when you’ve set up a 5-hour Mage Knight solo scenario and all they want is table space to eat dinner?

There’s also a matter of storing board games. If you have a large house with a lot of spare space, there’s no problem installing another shelf or two. But for people in small apartments, every inch is precious.

Board games are expensive

If you’re US-based, this one might come as a surprise, but in other parts of the world, the board games are much more expensive, especially if you take the income side into account. In Slovenia, a larger board game can easily come at 5-10% of the average monthly salary. At this rate, you have to consider your purchases really carefully. The ratio is even worse for other countries.

On the other hand, board games are a much better investment than video games. They usually hold their price well and it’s not hard to re-sell them.

They can be stressful

A package has arrived! All excited, you rush to open it and start unpacking your newly acquired board game. Then you come to the manual … what? 28 pages? Oh, man …

We are all very familiar with this feeling – learning is after all an essential component of board gaming. But nonetheless, complexity and learning the rules can bring a lot of frustration and stress to players.

After you’ve grasped (the basics) of the rules, the real learning begins. Trying to remember everything you’ve already learned, you learn more intricate rules and mechanics and try out new strategies and approaches, often accompanied by a lot of losing, especially if you’re playing against more experienced players (or a challenging cooperative game).

To many, this stage is where the magic of board gaming happens, but to many others, it will be a stressful experience, especially if they’re dragged into a game that is more demanding than what they’re comfortable with.

Competition can bring out the worse in people

If a game ends with someone winning, then someone else must lose. That is the nature of competitive games.

The problem arises when there are players who can’t handle losing (always blaming the wrong factors for their loss), can’t behave when they win (boasting and belittling others), or just generally can’t handle a competitive environment. It’s not fun being attacked or blocked every other turn and it’s in human nature to feel frustrated when something is taken away from you.

You need to grow a thick skin and always keep in mind that it’s just a game. What happens on the table, stays there! The more comfortable you are around players, the more cutthroat games you can play. When playing with your grandmother and little nephew, perhaps it’s better to stick with family board games.

Other adults will look down on you for playing board games

This last one is minor since it greatly depends on what social circles you’re moving in. Moreover, if you’re having fun and not hurting anyone, who cares what others think.

Bot board gaming (or gaming in general) is still not a widely understood and recognized hobby. Many adults will think it’s childish and will see you as immature. Let’s say you’re in a business meeting and somehow hobbies come up during a break. How will they perceive you if you say board games? How about golf or tennis?

Despite all the things mentioned above, I believe board games are one of the best ways of spending your leisure time. They’re sociable, encourage strategic thinking, and most importantly – fun.

Read these articles for further explanation:

34 thoughts on “Why are Board Games Bad? – 8 Downsides of Board Gaming”