As I browse board game-related social media, I find a lot of people have similar problems when deciding what their next board game should be. Mage Knight vs Runebound is one of those common questions. Both are fantasy-themed adventures (or so it seems), but when you look underneath, there are several differences that will make them appeal to different audiences.

This article explores similarities and differences and tells you which one is better for you – providing you know what kind of a player you are. 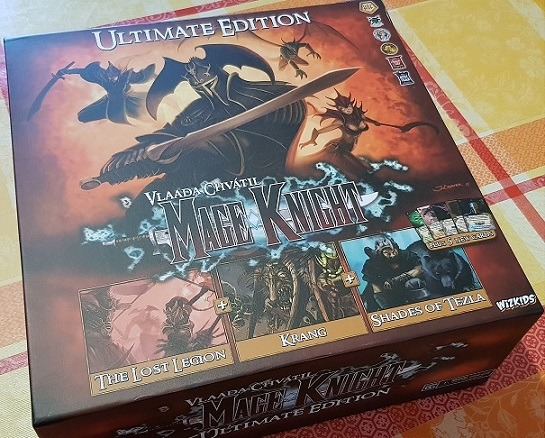 Mage Knight has received plenty of expansions: adding new characters, scenarios, enemies, and more. If you are looking to dive into the world of Mage Knight, there is only one way to go – Mage Knight Ultimate Edition. It contains all the expansions listed above, has some revised rules, and is a lot more cost-effective than buying items one by one.

As for playing it, I’d suggest starting with the elements of the base game and add expansion elements (new heroes, terrain tiles, enemy tokens, action cards, spells, artifacts, and units) slowly, one at a time. 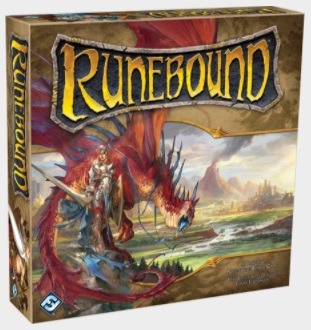 The base game comes with two scenarios. With all the variables, it offers some replayability, but sooner or later you’ll start looking for more scenarios. Both offer a whole new narrative experience and are a very recommended add-on. As are adventure packs, which add new adventure cards, enemies, events, quests, and skills.

Unbreakable Bonds is a larger expansion with new game mechanics, introducing co-op and solo modes, accompanied by 2 new scenarios along with events, cards, and quests. It makes an already good game even better and is a must, especially if you want to play solo.

As there are no compilations available, I suggest you start out with the base game and then add expansions one by one, based on your desires.

Both games follow unwritten fantasy “rules”: You are a hero who travels a fantasy world, explores interesting sites, interacts with locals, and combats all sorts of fantasy beasts (including dragons, of course).

In this process, you learn new skills and abilities, acquire new gear and other special items to prepare for the final boss fight (i.e. Margat the Dragonlord in Runebound or General Volkare in Mage Knight).

Both Runebound and Mage Knight are quite an investment when it comes to money. While the base game of Runebound is cheaper than Mage Knight Ultimate Edition, when you start to add expansions, it quickly surpasses it.

While both games’ terrain is hex-based, this is where similarities end. In Mage Knight, the map will be different every time and there is a true sense of exploration as you never know what lies on the next tile.

In Runebound, exploration lies in hidden quest tokens – the cards you draw are different every time. The map is always the same, but it has a lot more character and landmarks, while in Mage Knight it’s a bit soulless.

Mage Knight uses movement cards that are a part of your deck. You know there is a finite amount of them in there per round, so you must use them wisely and don’t stray off your path too much or you will lose momentum. Random factor comes from the draw – sometimes you will have less or more in your hand than what you need and you must then improvise.

Runebound’s heroes use their speed characteristics to determine how many movement dice they can roll at once. The dice have terrain types pictured on the sides and you can only move on the rolled terrain. You can use all of your three actions to move, meaning you can traverse 9 tiles per turn if your hero has 3 speed (you roll three dice). So, even if you don’t roll favorably, you are not too much hindered.

Mage Knight’s combat is a math problem. You have your enemies on one side (with their attack, armor, and other stats known) and your hand cards on the other. It’s up to you to find the optimal solution to the problem (how to kill the monster without disposing of too much health or valuable cards) and normally a mathematically best course of action can be found.

Runebound features a significant luck component, although it’s somewhat weighted. For each combat, a number of double-sided tokens are cast for both the hero and the enemy. The number and type of tokens depend on the characteristics and strengths of the participants. As you gain new gear, you will also gain a corresponding token, making you immediately more potent in combat.

The fight is resolved by playing out the tokens in turns, trying to find the best combination of attacks, blocking the enemy, and other abilities. The enemy tokens are played by the player on your right.

A mentality difference is that in the Runebound you can be more reckless in combat, going with hunches and trying to gamble it out with tokens. In Mage Knight, there is no luck to save you. You have to know exactly what you are doing, if the fight can be won or not or what is the price of victory before you engage. (Note: There are a few occasions of hidden enemies to spice things up.)

We could sum up:

Hopefully, your dilemma is solved.

While Runebound is definitely not a light game (I’d rate it medium complex) it’s better suited for players who just want to have a good time, without having to put in too much effort. It rewards players with a great story-driven adventure, full of quests, choices, combat, and character progression.

Mage Knight, on the other hand, is the real deal. It’s meant for dedicated board gamers, not afraid of a hundred tiny rules and intricate game mechanics. What it gives back is impressive: it rewards you for solving problems in exploration, travel, interaction, and combat, wrapped in a deck-building progression system.

I know what kind of player I am – and if you are not new to my site, you probably know which path I went down. What about you, what kind of person are you?