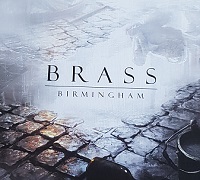 In this article, I will demonstrate a step-by-step procedure on How To Teach Brass: Birmingham To New Players.

While Brass: Birmingham is regarded as a heavier board game in terms of complexity, I surprisingly had no big problems learning it. It was a standard process of reading the rules, setting up a 2-player game, and doing a 2-handed test play. This was followed by re-reading the rules, to see what I did wrong.

It’s not that complicated to teach either – but there are some unconventional concepts that can confuse new players and it’s very important to teach them properly so that they can enjoy Brass: Birmingham from game one.

Of course, to be a good teacher you need to know the game yourself. This article assumes you do – if you don’t, read the rules/watch a video/play a test game first.

How Good Is Brass: Birmingham? Review

How To Teach Brass: Birmingham To New Players?

Brass: Birmingham is best taught to new players by explaining the basic gameplay overview, victory conditions, and canal and rail era differences. Then move on to how the buildings are flipped, how resources and networks work, and which actions are available to the players.

Have a detailed explanation of each concept ready in your head, so that clarify them during the game, as well as a few basic strategy tips.

1. Overview of the game, victory conditions, and the eras

You should start out by explaining what Brass: Birmingham is all about. Give a slight background of the industrial revolution and how it shaped the world and then explain that this game offers you to be an industrialist. That you can own mines, factories, canals, and railroads.

Now it’s time to elaborate on how this “owning” is translated into game terms. There are two means of scoring points: flipped buildings and link tiles and they are scored twice (at the end of both eras).

Go through the general structure of the game: turn order and what to do on your turn (two actions).

This might be a good moment to quickly go through era differences: building restrictions in the canal era, which buildings get removed (mention the possibility of development here), and the importance of coal in the rail era.

But keep it brief – it will all be clear when the game transitions into the rail era anyway.

Players are now probably wondering what is this flipping of the building tiles you mentioned, as this is a peculiarity of Brass.

Tell them flipping is one of the core Brass principles: it’s the only way to score buildings and to increase your income. There are two ways their buildings can be flipped – either by spending all of the resources on them or by selling them.

A few more words on the resources are needed, as this is something many players struggle with. Explain what each resource can be used for (buildings, development, selling, rails) and what the connection requirements for each are.

Coal needs to be connected to the consumption spot, iron can teleport, and beer depends on the owner.

You don’t need to talk about networks in-depth, just mention that you can be connected through other players, which is particularly important when selling (the need to be connected to the right merchant), consuming resources, and market trades.

I feel like the network/connected concept comes naturally to players as they build next to their existing resources. So, I tend not to burden them with it before the game starts, I rather slip it in during the actual gameplay, if there’s a need for extra explanation.

Mention other possible actions. Network action should be obvious by now and you talked about both Develop action and Sell action earlier. That only leaves Loan  (you don’t need to pay them back, they just reduce your income) and Scout action (discard 3, draw 2).

If you haven’t mentioned it yet (you probably should have at a few points above), once more highlight the mandatory card discard for every action and how it is basically a counter to how many things you can do.

That’s about it. The whole process shouldn’t take more than 5-10 minutes (depending on how many questions you’ll get) and you should be all set to go.

You don’t need to explain that you have to repay your loans with buildings if you can’t reduce your income any lower and how the overbuilding mechanic works. Mention it during the game, if such a situation comes up. I.e. if it would be a good move for a player to overbuild his mine.

Don’t burden them with strategy tips for the first game, let them grasp the rules first. If you see they’re getting a hang of it during the game, you can start giving a small tip here or there, especially if a player is not making the right strategy calls.

Maybe mention how to prepare for the rail era when the canal era is ending (have a coal mine or a market connection ready), suggest which beer is best to consume in a certain situation, the point-scoring potential of Birmingham, etc.

Of course, use your own discretion. Some players prefer to be left alone and discover things on their own, others will be grateful for your advice.

The backside of the rulebook has some sound beginner tips, which you can use for game one (when the game gets going and you feel the players are ready):

Then, for the second game, you can start implementing more complex advice (if players want it – don’t push them if they want to discover things for themselves):

I found that players mostly struggle with how the resources are spent and how networks work. Once they understand that, everything else comes with it.

Of course, knowing how to play is light years apart from being any good at it, but it’s a fun journey. Now that you have a group of players that know how to play, you can explore that journey together.