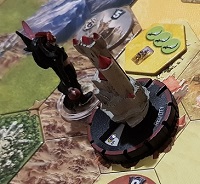 This article acts as a guide for new players who have just recently bought Mage Knight Ultimate Edition and explains what is the best way to learn this board game behemoth.

What is the best way to learn Mage Knight?

The best way to learn Mage Knight is to play with someone who is very good at it and can tutor you. But you probably don’t have anyone like that (or you wouldn’t be reading this). This is even more true since Mage Knight is one of the board games that is predominantly played solo.

For that reason, it’s mostly learned solo. But it’s not a simple process and that’s why we’re here.

For Start – Keep It Simple

Learning Mage Knight begins with unboxing and punching out the many tokens. Assuming you bought the Ultimate Edition (which you should), you’ve got components for the base game, as well as all the expansions. Particularly, I’m aiming at enemy tokens from The Lost Legion and Shades of Tezla expansions. Do not include them just yet.

The enemies from the expansions are a lot more complex. They often feature multiple attacks, as well as several immunities, and other attack peculiarities (vampiric, for example). The combat mechanics will be hard to learn as they are, so you want to start with the most basic enemies, whose mechanics are more straightforward. Don’t worry, there will be plenty of time to add more enemies later.

The same can be said about map tiles. Set aside those from expansions for now. They include more complex locations, and as we said – you want to keep things simple for now. You can find the list of advanced map tiles in the expansions rulebook.

Mage Knight Ultimate Edition comes with three rulebooks, which is quite overwhelming at first. I’m not going to lie, the way the rulebooks are designed and indexed is not the best. The information is crumbled and often very difficult to find, the print is very small, and there are a lot of details you should keep in mind when reading.

But the split rulebooks also have a purpose – not to bury you under too much text at once. You should start with the simplest – the walkthrough. Read it thoroughly.

Setting Up The First Recon Mission

Now is the time to set up the tutorial scenario. Everything you need is in the walkthrough booklet – follow it. If there are any difficulties, refer to the rulebook, where the setup steps and the layout are described and imaged in detail.

When choosing a character for your first game, I suggest going with Tovak. He’s your typical good-at-everything paladin. He doesn’t rely too much on mana, which makes him more straightforward to play. Also, he can generate decent attacks on his own (from skills), making him very self-sufficient in combat, and thus easier to play.

Now, your first playthrough is going to be painfully slow. You’ll have trouble with every step, moving, interacting, combat. That’s just how it goes. Important thing is to persist, have the walkthrough booklet and the rules at your side at all times, and be patient.

Mage Knight is not a game you set up, play, and put back in the box in an hour (or even two). The game demands full attention for several hours, and if you can’t be at the table the whole time, you should at least have space to leave it set up. It’s nothing worse than playing the game in a rush because the table is needed for something else.

Also, don’t forget about location cards as they really help with interaction and combat on them. The information on them is essential and easy to reach, and even after many plays, I still use them as a checklist, making sure I don’t forget anything when on locations.

Take your time, follow the tutorial, reference the rules as often as needed, and keep the location cards nearby, and you should be fine. Remember that there is a handy reference at the back of the rules, explaining the icons, special attacks, and resistances.

One last resource to look into is youtube. But it’s no substitute for reading the rules and beating the tutorial. What it’s great for, is seeing the game in action, and understanding the general flow of the game: rounds, card play, mana management, combat phases, etc.

Some of the videos I recommend are Box of Delights and Rahdo, but there are others. Choose the one that suits you best – meaning that it’s both entertaining and educative.

After many hours, numerous rules references, several videos, and countless mistakes, you’ve finally beaten the tutorial scenario. What is next? Well, more homework. You’ve probably glanced through the rulebook a few times during the tutorial. Now it’s time to re-read the rules carefully (from A-Z, excluding the scenarios and variants part), particularly paying attention to situations you’ve struggled with or had a feeling you played wrong.

Getting Ready For Your First Real Game

Now repeat the process of tutorial/videos/rereading the rules if you feel you still have issues. Or better yet, jump into the deep and set up your first real game. Solo Conquest scenario is the bread and butter of the base game single-player.

It’s challenging to win, so don’t expect that from your first game. If you get to the first city and at least try an assault, I’d count that as a success. Capturing both cities requires near-optimal usage of your deck (momentum), good pace (the rate you advance on the map), and a bit of luck.

As usual, the rulebook is your friend, always at your side, helping out when necessary. You won’t need the walkthrough booklet anymore. You can use it if you like, just be aware that the information in it is incomplete. It’s an extraction from the actual rulebook, only designed to get you through the tutorial.

The dummy player is Mage Knight’s clock in solo scenarios. Although it’s not overly aggressive, I’ve had situations when I’ve seriously had to alter my strategy, because it rushed me. This creates some extra tension in an already tense situation. Will I make it to the city in time or not? But for your first game, play without it. Remember, keep it simple. You’ll have enough other stuff to worry about.

Once you can play the Solo Conquest smoothly, congratulations, you’re now one of us. From here on, the possibilities are endless.

Mage Knight Ultimate Edition comes with so much content, that it will probably be a lifetime before I can try everything out. Once the game becomes stale, you can start dripping in Lost Legion enemy tokens, expansion map tiles, and Shades of Tezla enemies.

Now take into account all seven characters, from which every one of them plays differently. Not only that, they play differently every game, since there are so many options on how to develop them and other variables.

Mage Knight: Heroes and their Abilities

And we still haven’t touched the scenarios. There are dedicated solo scenarios in both expansions (Volkare’s Quest and Return are definitely mandatory to try) and you can adapt many other scenarios to solo play. You don’t even have to do that, since fans have already done it and compiled it all in a fan-made solo scenario book.

That’s the solo play. Now, should you happen to find a like-minded friend, the possibilities open up even further with cooperative and competitive scenarios. 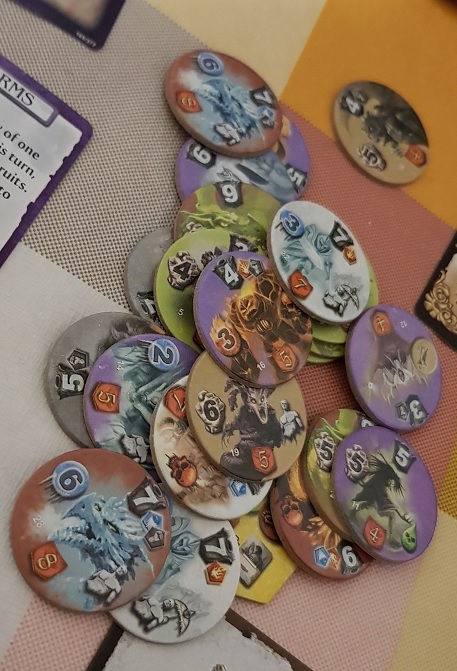 Mage Knight is a complicated board game. It’s ok to make mistakes during the game. It’s very hard not to, and even experienced players will make them. If they claimed they don’t they’ve just overlooked them.

The important thing is to keep educating yourself. Look up a situation you don’t understand in rules, search for the explanation online or ask a fellow Mage Knight player. The goal is to ever-improve, minimizing mistakes during gameplay.

I understand this article might be a lot to take in at once. But again, Mage Knight demands and rewards patience. The more you give, the more you will get back. It’s a marathon, a game that will last a lifetime and thus, well worth the effort of learning.