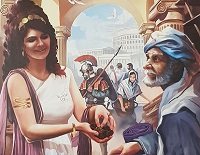 This article discusses the 5 reasons Concordia is more than worth playing almost a decade since its original release. It’s still one of the best board games around!

Introduction to 5 Reasons Why You Should Play Concordia in 2022

One of my favorite Latin proverbs from school was Ubi Concordia, Ibi Victoria (Where there is unity, there is victory) by Latin writer Publilius Syrus. It was a saying I associated with the might of the Roman army, their vast territory, the Pax Romana, and the glorious city of Rome.

It’s not a surprise, that the name Concordia was used for a board game where players assume the roles of merchant dynasties at the height of the Roman Empire. It was, after all, a time of great prosperity and opportunity in the Mediterranean.

The game initially received high review scores, and one decade later, it has proven as one of the best games of all time. I received many updates and expansions and remains as relevant as it was in 2013.  But what makes it stand out as one of the all-time greats? Here are 5 reasons why you should play Concordia in 2022. 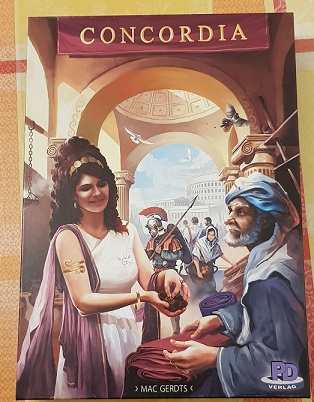 1. Easy to learn, hard to master

Concordia comes from the generation of board games when stuffing them with every imaginable mechanic and component wasn’t that prevalent. Not that all big and complex games are wrong per se, but Concordia uses the less is more philosophy.

Apart from the board, cards, resource tokens, and money, there’s not much more to the components. This results in a short setup time and a manageable table footprint, as well as keeping the game price reasonable.

Likewise, the rules are fairly concise, as well. It’s basically just learning how the roles on the cards work – which is explained on the cards anyway. Therefore, the learning process for Concordia is fairly short and you can teach new players in minutes.

Despite the minimalistic approach and low entry level, there’s a lot of depth. There’s almost no luck involved, so your actions are even more important. Planning and order of played cards are key.

As you can see the system is thoroughly interconnected and although you only have a couple of different available actions, there’s a lot to think about. Moreover, you can (and should) purchase new cards, extending your list of available actions.

Yet, the complexity always stays on the side where you can still wrap your head around and not be overwhelmed by options. 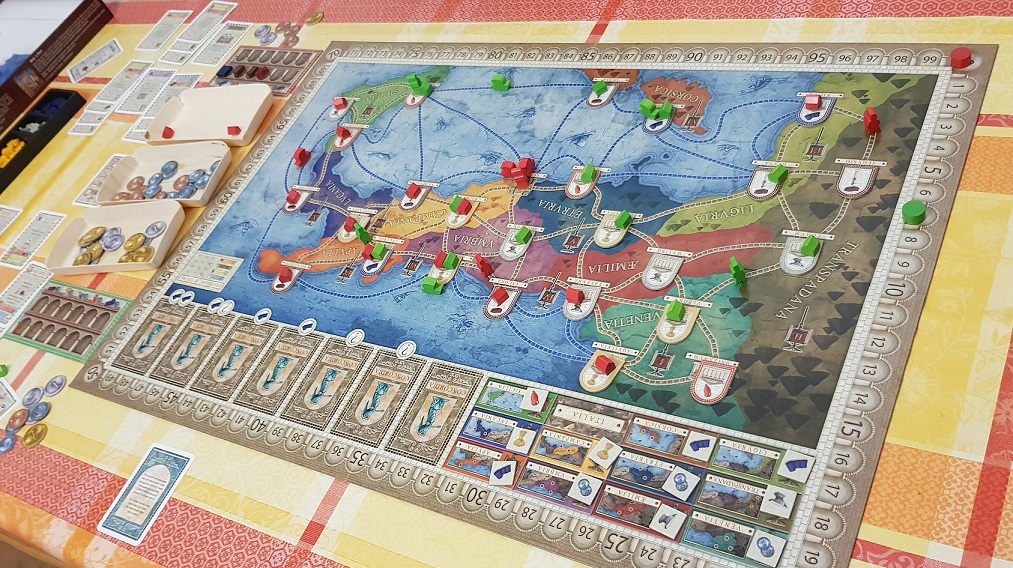 The greatest criticism of Concordia throughout the years has been its elusive scoring system. You get all your points during the end-game scoring and none of them during the game, so it’s hard to know exactly how well you and everyone else are doing.

The source of points is peculiar, as well. Each action card that you have in your hand has a suit (a Roman God). You receive points where the number of cards in each suit is multiplied by its God’s scoring criteria. I.e., each Mars card scores 2 points per colonist on board, and other Gods have different criteria.

As vague as this approach is, I believe it should be taken as a standout feature of the game, rather than criticism, and there are several reasons why that is:

Multi-purpose cards are one of the easiest ways to make a board game more interesting and thinky. It gives players interesting choices as they weigh what use is best in a given situation. Concordia twists this mechanic as its cards are used both as action cards and end-game scoring cards.

But it doesn’t deprive players of interesting decisions – it’s just that the main decision phase is when buying the cards. 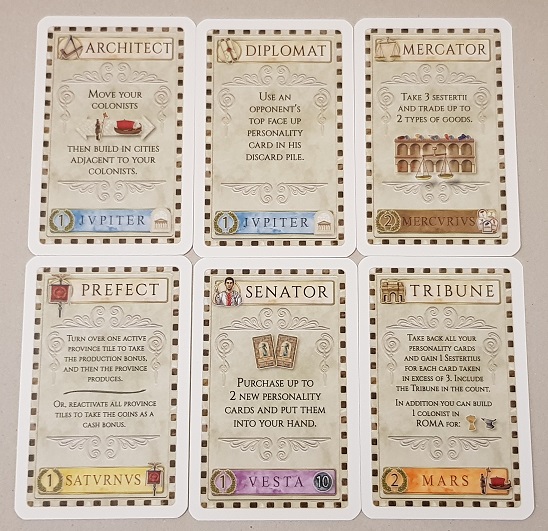 Concordia is a classical eurogame through and through – that means no mean behavior, such as fighting, eliminating, or other take-that moves. You’re traders after all, and as such, you fight your battles with diplomats, on the markets and production cycles.

The Prefect card, which lets you produce goods in the province, also produces goods for everyone else in that province. It’s always lovely to receive a resource or two out of your turn. Then, there’s the Diplomat card, which lets you copy the ability of the card your opponent just played. As you can imagine, this opens up a heap of possibilities and tactical choices.

While the houses are more expensive if you’re not the first to colonize a city, and there’s competition for the cards on display, the terms remain quite friendly and the atmosphere relaxed.

5. Many expansions are available to tailor the game to your needs

While the base game offers plenty of variability with its double-sided board, (featuring the whole map of the Roman empire as its main scenario, and a map of the Apennine peninsula as a tighter, two-player version on the other side), you can really go to town with expansions for Concordia.

You can add any of the double-sided map expansions: Balearica/Cyprus, Aegyptus/Creta, Gallia/Corsica, or Britannia/Germania. Or you can buy any three of the larger expansions:

While the expansions don’t interfere with the core mechanisms of the game – they just upgrade them, they are an excellent tool to shape Concordia to your needs and liking.

Even a decade after its release Concordia is still going strong and we can rightfully say it has stood the test of time. It achieves a lot with relatively few rules and components, it features a unique, partially hidden scoring system, and with many expansions available, is freely customizable.

If you don’t have it in your collection yet, it’s still very much worthy of a purchase.

>>>Concordia is available on Amazon<<<