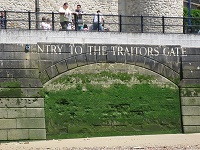 Enjoy working behind the backs of others? Then you’ll find our 10 Best Traitor Board Games in 2023 article very amusing.

Introduction to 10 Best Traitor Board Games in 2023

There’s a certain sense of superiority when you’re holding a secret or doing something secretive. On the surface, you’re going about your life as usual, but inside, you plot and scheme your plans. Things get even more intense if these plans work against the majority.

And this is what board games from this list are all about. Games where players are granted hidden roles from the start, and/or have a secret personal goal that they must accomplish, which is usually in conflict with the main group objective.

This results in working behind others’ backs, always on the edge of being discovered. Or biding your time, and then suddenly in one move, becoming the traitor and turning against others.

Dwarves love only one thing more than mining, and that’s the thing they mine for, gold. Saboteur allows you to experience their greed in full.

Players play as miners, whose role is to lay down the cards in such a way that they will make a direct path to the goal card (Gold). Meanwhile, some players will be secretly assigned the roles of saboteurs.

Their task? Play as normally as possible and not get detected, while subtly diverging the path away from the goal card. If the miners can’t get to it, the saboteurs win the gold.

Saboteur is a great introductory game. Its rules are very simple to learn, and it’s kind of a party game – not deeply strategic, but still very fun.

We’ve got a couple of social deduction games on our list, with each one having a different twist on the topic. These games normally work best with a larger group, where the players are secretly divided into two teams.

Salem 1692 is, you guessed it, about the Salem Witch Hunt. You are citizens of Salem, while some of you will also secretly be witches. The theme is very strong in this title, with historical characters making an appearance and the game being packed in a leather book-like box.

The gameplay is a mixture of debating and then accusing certain players of witchcraft. Will you be able to hang all of the witches and purge your town, or will the citizens be wrongly accused?

While there are usually several rounds of debate/accusation in social deduction games, One Night Ultimate Werewolf condenses this down to just one round.

You’re trying to find out who the werewolf is, but in this game, everyone gets a role with a special power, making the game very diverse.

The rounds go by in minutes, with games played in quick succession, allowing you to experience a lot of different situations or roles.

Accessibility has helped the game to a lot of success and many editions and expansions of this party game are available.

Contrary to Werewolf, The Resistance bets on a bit more meat around its bones. You still have two hidden teams, Resistance Operatives, and Imperial Spies (Star Wars, anyone?).

The game is played over several rounds of debate and players going on missions. Players try to guess the identities of others based on how they voted on the approval of the mission, and if the mission was sabotaged or not.

A team wins after a number of successful missions. The intricacy of The Resistance is that there’s a lot more going on. One thing is what people are saying, completely another is how they’re voting.

Very successful stand-alone reimplantation, The Resistance: Avalon is also available. It’s set in Arthurian times in Britain. The mechanics are roughly the same, and both games can even be combined.

If you don’t have issues with a controversial theme, perhaps a game like Secret Hitler will interest you. (If you despise a game for using a mass-murdering dictator as a theme, that’s fine too.)

The game is set in the 1930s when the nazi party was on the rise. Players are teamed up as liberals or fascists, with one of the fascists also being Hitler. The roles are partially secret – the fascists know who their teammates are. The liberals, on the other hand, rely on numbers.

The object of the game is to pass enough fascist or liberal laws for their side to win, or alternatively, elect or assassinate Hitler.

The laws also work as special powers, altering the usual debate/vote sequence with certain abilities. There’s a lot to deduct from and possibilities for acting, intrigue and dark humor are endless.

All right, now we’re getting into the territory of “proper” board games. Shadows Over Camelot is a cooperative board game, set in Arthurian Britain (we’ve heard this one already on our list).

Players play as knights of the round table, completing quests that will bring them closer to victory. But on their turn, each player must first advance the evil deeds. These act as a counterbalance to player actions and also as a timer on the game.

On top of that, one of the players is also a traitor, and it’s in his best interest that evil forces win, not the knights. He’ll try to undermine them, while also trying to be subtle.

The quests are very thematic and the rules are easy to comprehend. While you can play it without the traitor, like a regular cooperative game, it’s the traitor element that gives it that extra boost of tension.

If you’re into medieval legends; knights, quests, good vs. evil, and that sort of stuff, you’ll love Shadows Over Camelot.

4. Betrayal at House on the Hill & Betrayal Legacy

A group of players arrives at the mysterious house (on the hill). It’s supposed to be haunted, so we better explore it! The first phase of the game consists of exploring the house on three floors, picking up items and event cards. Basically trying to find out what is going on and to equip yourself for the second phase.

The Haunt phase begins when certain parameters have been fulfilled. Depending on explored areas, who has which items, and a random factor one of the players is selected as a traitor, who gets possessed by the evil forces.

There are multiple Haunt phases possible, so you never know what or who will be the one. It’s that suspense of the unknown and the inevitable twist for the second stage that keeps this game highly popular.

The game has received several editions: Betrayal Legacy chains the scenarios into a single story mode. There are also Betrayal at Baldur’s Gate and Betrayal at Mystery Mansion (Scooby-Doo themed) available.

3. Dead of Winter: A Crossroads Game

The zombie apocalypse has severely crippled humanity. The civilization has collapsed and only small groups of people still exist, trying to get by in a hostile world, full of flesh-eating monsters.

In Dead of Winter, players are members of one such colony. The living is harsh and they must work together toward their common mission objective, while also providing enough food and supplies, fending off outside threats, and resolving other negative events that may happen on the way.

On top of the common victory condition, each player also receives a secret personal objective. These may be harmless or even complementary to the main objective. But not all – some will have you weigh carefully what is more important – your interests or group interests. Then there are those where the only way to win is to turn against the colony at some point.

This can result in games having one winner, some winners and some losers, or even all losers. You never know who you can trust. You are forced to work together, yet must expect backstabs at any moment. Hard decisions will have to be made in this very thematic story-rich board game!

2. Battlestar Galactica: The Board Game & Unfathomable

If you’re a sci-fi fan, you are probably well-familiar with the Battlestar Galactica universe. In a devastating war between human colonies and the Cyclons, the remaining population has taken refuge in a giant battleship Battlestar Galactica. Their objective is the elusive 13th colony, Earth.

In the board game, players take on the roles of familiar characters and must work together to fight fuel shortages, food contaminations, morale, population, and political unrest.

But not all of them have a safe arrival in their mind. One (or more) of the players is secretly a Cyclon, cooperating just enough to stay undetected, but secretly doing everything to harm the success of others. Will the ship make it to its destination?

In 2021, Battlestar Galactica finally received a long-awaited sequel. Unfathomable is set in the universe created by H.P. Lovecraft, the Arkham Horror Files. The gameplay is largely unchanged, but this time you’re on a ship SS Atlantica, trying to arrive in Boston safely.

But strange things start to happen. Dark forces named the Deep Ones start to interfere with the safety of the ship and it becomes apparent that some of the players are not human, but rather human-Deep One hybrids.

The same question arises: will the crew manage its resources, crisis, and ship well enough to make it to Boston, or will the traitors be able to sabotage it?

I remember the tension and fear I experienced when I first saw the original Alien movie from 1979. It was one of the things that got me interested in sci-fi and horror, and it made Alien one of my favorite franchises. And I’m definitely not alone.

Nemesis is the original Alien movie in everything but an official license. But that does not make it any less thematic or frightening. The plot is similar. Your space vessel is infested with alien creatures and it’s your job as a crew to work together. You sneak around the ship, frantically repairing its systems, find a solution in the lab, or combat the alien intruders yourself.

Although combat is normally not a great idea as they are quite potent. Your best bet is to make as little noise as possible and stay hidden.

The twist comes with the secret agendas that the players have. Just like in the movie(s), your objectives may be more on the selfish side. Perhaps you want to take the intruders to Earth, leave other players to their demise, and depart with the last escape pod. You never know if a player is following you so you can work together more efficiently – or they’re just following you seeking an opportunity to backstab you.

The actions are card-driven and each member of the crew (Soldier, Mechanic, Scout, etc.) comes with his set of abilities and equipment. All this is presented through stunning components (including Intruder miniatures), and artwork full of space-blackness, which makes you feel all the loneliness of the cold universe.