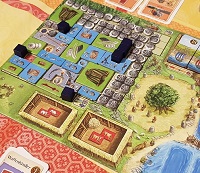 In this article, you can learn about expansions for A Feast for Odin. What new features do they introduce, are they worth it, and who should buy them?

Should You Buy Expansions for a Feast for Odin?

While the Norwegians and mini-expansions for A Feast for Odin are excellent and a worthy addition, there’s absolutely no rush for you to buy them unless you play the game a lot. The main reason for this is the great longevity right out of the box – the game offers so many different things and there are numerous occupation cards and strategies to explore, that it will take you a very long time to experience everything the game has to offer.

Arguably, the only thing that the base game lacks is more variety with exploration boards, as there are only four (double-sided) available and all of them are used every game. 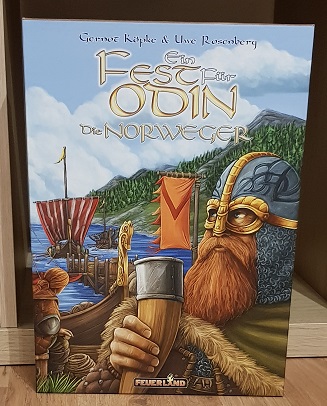 While A Feast for Odin was designed by the legendary Uwe Rosenberg, the main driving force behind the expansions is Gernot Köpke, the writer of the original almanac. He designed all of them and is also behind the wheel for the upcoming Danes expansion, as well as any other expansions that will be released in the future (there are many rumors). So, let’s see what the expansions are and what they bring to the table, in chronological order.

Introduces 3 new islands (the ones in the title). Lofoten/Orkney board is double-sided, while Tierra del Fuego (a homage to Feuerland Spiele) does not get flipped.

The first large box expansion’s main feature is the modular action board. While there was nothing dramatically wrong with the base game action board, the competition level did vary at different player counts. The modular action board rectifies this by modifying certain action spaces, removing some, adding a few new – and does this for every player count. This particularly affects the 2 player game, which is now much tighter than before.

A new, fifth column of actions is added. These actions are particularly lucrative, but if you place your Vikings there, your round ends immediately. Therefore, a new layer of strategy is introduced. While you’d normally prefer to place your last one or two Vikings there, you can go ahead and rush things if you want to make sure you get the spot.

The second large addition is the unique random starting houses that every player gets to build. Each house has a different flavor, i.e. you can build a fishing hut which will give you a bonus of fish. With these houses, you can customize your strategy even more, further specializing in certain areas (and be properly rewarded for it).

Third, four new (double-sided) exploration boards are included (the Isle of Man, Isle of Skye, Islay, and the Outer Hebrides; with Waterford, Wexford, Cork, and Limerick on the backsides).

Finally, several small tweaks are made to the gameplay. You can now use whaling boats to emigrate, the iconography on island purchase is changed, and new resource tiles are included (horse and pigs, among others), accompanied with another plastic tray to store them.

One new expansion board comes with this expansion (Isle of Mull/Caithness), as well as several gameplay variants: randomized harvests, resource markers, and accelerated start. Moreover, a list of occupation cards that are deemed too powerful is included so that you can remove them and make the gameplay fairer. Great for competitive play.

Why you shouldn’t rush to buy the expansions

As already mentioned in the introduction, the base game of A Feast for Odin has a lot of juice. It’s an open-world design – not forcing you to do anything, rather it gives you options and possibilities and you decide how you want your tribe to develop. Warriors or fishermen? Hunters or blacksmiths? Animal herders or hunters? Each of these options is a legitimate one.

Bu to score those big points, you need to align your strategy with the occupation and weapon cards that you draw. If you drew three swords in a row, maybe it’s time to buy a ship and go pillaging. Have an occupation card that gives you a bonus each time you use one of the crafting actions? Better craft some items, then.

The cards gently prod you: “If you use me, you’ll get this nice small bonus”, and in a competitive game (or in a solo game, where you just want to score high), you need to squeeze every point out of them.

So, what does this have to do with the title of this section? A lot. Because the base game comes with so many possible combos, you’ll be exploring them for dozens and dozens of games, so the tweaks and extra content that the expansions add, are not really necessary.

Why should you buy the expansions later, anyway

There are several reasons why you would eventually opt for the expansions.

It’s obvious that the Norwegians expansion (as well as the two mini-expansions) is an excellent addition to A Feast for Odin. But that doesn’t mean it’s an automatic buy. Casual players will have their hands full with the base game, and there’s no rush for them to expand.

Expansions are ultimately designed for hardcore players, collectors, and players that have outgrown the “casual” phase and want to invest more in the game that they love. For those, all the expansions (in any order) are highly recommended.

>>>Expansions for A Feast for Odin are available on Amazon<<<

3 thoughts on “Should You Buy Expansions for a Feast for Odin? – Norwegians and Two Mini Expansions”