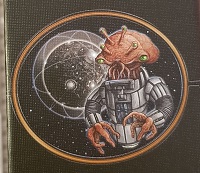 In this Gaia Project Board Game Review, read about one of the more complex strategy games on the market. It’s the second edition of an excellent game, boarding perfection. Is Gaia Project rightfully among the all-time best board games?

Most of the Gaia Project reviews I’ve read start by using Terra Mystica as the cue. It is a remake of it, after all. So a direct comparison is in order.

But not my review. I have the “privilege” of learning the games in the “wrong order”. Therefore I can review and judge Gaia Project as a game on its own, without any prejudice. I think this gives this review extra value, especially for players that have not been in the hobby that long.

In Gaia Project, you play as one of 14 factions. They are set to colonize the universe, comprised of seven basic planet types, but only one kind is habitable for your faction. The other planets must be terraformed to your liking.

On top of that, there are Gaia planets that can be used by everyone and transdimensional planets, which must first be transformed into Gaia planets by undertaking a large project – Gaia Project.

The whole process of colonizing is a peaceful affair. There are no space battles, spying, trading, or other direct player interaction. There’s just the competition for planets. Surprisingly, the factions thrive if there are others in the neighborhood (this gives bonuses at upgrading and charging power), so the expansion is a balance between looking for open space and still staying close to others.

Victory is therefore decided solely on victory points. The main routes of points-amassing are round goals, end-game goals, and your scientific progress.

Thematically speaking, the factions themselves are a bit of a letdown. The game offers no background on why they look like they do (“Oh, my guys look like birds!”)¨, where they come from, and why they want to colonize so badly. Keep in mind this is a space-themed eurogame, not a thematic or 4x space game.

On the other hand, the gameplay asymmetry of the factions is superb. Although the basic principles remain, each adds its own twist to the rules and has special abilities that will thoroughly change the play style.

Unsurprisingly, the prevailing color in space is black. But that doesn’t make Gaia’s artwork dull. The planets are colorful and easily distinguishable; the player boards are easy to read and offer all the necessary information (costs, income, upgrade trees, special abilities, terraforming costs), which makes the gameplay smooth.

The iconography is consistent throughout the whole game. While you’ll be referencing the rulebook for the first couple of times to understand what exactly the end-game goal (among other things) is this time, you’ll eventually understand the icons as natural and logical.

There are many small plastic playing pieces: player tokens, power tokens, resource markers, buildings, and various others. While I have been a strong advocate of wooden pieces, I’ve got to admit Gaia Project has convinced me that quality plastic pieces are possible too. They look and feel great.

Storage is a letdown

The storage solution is a bit of a problem. I find it hard to understand how publishers think that having hundreds of components packed in plastic bags is a good idea. Ok, it shaves a few pounds off the price. But I’m sure players would be willing to pay some extra money if there would be at least something included. (Jaws of the Lion proves it’s possible to make good stock plastic inserts).

As is the case, you’ll need some sort of storage solution anyway – either buy from a third party or make it on your own. The setup is otherwise tedious and awkward. I was lucky enough that guys over at Folded Space helped me out. Their insert is excellent and helps with setting up and storing the game immensely.

Gaia Project both is and isn’t a very complicated game. How’s that possible?

I started out learning the game myself. I knew the game had quite complex rules and I wanted to know how to play it before I teach it to somebody else. You know, you can’t open the rulebook for the first time when the whole group is looking at you – you’ve got to know what you’re doing before to ease the process for everyone else.

So I played a few games against the automa and re-read the rules a couple of times. The rulebook is quite thick and there’s another one for automa.

When reading the rulebook, the gameplay instantly reminded me of Clans of Caledonia (which is no surprise, since Clans was inspired a lot by Terra Mystica’s ideas). That made the flow of the game a bit easier to understand, but still, learning Gaia Project from scratch is a big undertaking. Don’t expect to play this game the same day you buy it.

The next step was teaching the game to the missus. Surprisingly, she caught on from the get-go and grasped the mechanics easily. In no time she understood what is going on and was able to plan her moves properly.

While Gaia Project has complex and intricate rules, the core principles are intuitive and natural. If you have someone to guide you through the initial phase, you’ll learn the game fast. On the other hand, if you’re learning it from scratch, you’ve got your work cut out for you.

Playthroughs on youtube can help, but there’s no way around grinding your way through the rulebook and referencing it many times during your plays.

Read the full article on learning and teaching Gaia Project: Is Gaia Project Hard To Learn?

I could fill several pages just explaining to you the rules of Gaia Project, but what would be the point of that? Instead, I’ll give you a condensed edition – not exactly the rules, but more of a general flow of the game, so you can get an idea of how it works.

After the setup (building the map, based on the number of players, randomly drawing round and end goals, selecting factions), the game can begin.

The game of Gaia Project lasts 6 rounds, with each round having a unique objective, that scores victory points. Placing mines, upgrading structures, building mines on specific planets, forming federations, etc. The goals are diverse, but have one thing in common – you’ve got to spread and you’ve got to keep your faction growing. And to score points doing that, you’ve got to time things right.

The rounds are interrupted by income rounds. Based on what you have built and acquired so far, you receive resources, which you then spend in the next round. As your empire expands and progresses, you’ll get more and more resources. Initial turns are very important and making the right decisions on them can compound significantly later on. In other words, you need to build an effective engine from turn one, or you’ll be struggling for the rest of the game.

After round 6, the game ends with end-game scoring. The end-game goals can haul even more points, so they act as a general guideline for your strategy. Having the most structures, the most satellites, spread to as many sectors are some. There are two end-game goals in effect every game.

Do what you want – if you can afford it

What you can do in a round is dictated solely by how much you can afford. There are several resources (ore, money, knowledge, power, quantum cubes) that all have a purpose. Ore and money are good for building, upgrading, and terraforming, knowledge is for technological advancements, while power and cubes are sort-of wild resources that can be used for starting Gaia projects, colonizing Gaia planets, extending your range, or just converting into other resources.

While there are many resources, I never felt like any of them is redundant. Even though most of them can be converted to others (although that can be expensive), you need an effective engine that produces most of them. The system is well-balanced and finding ways to extract one more action off your faction board is an enjoyable task.

Speaking of faction boards, they really help with the whole process. All your buildings are placed on them before you place them on the map, so you can then easily read what your income is, terraforming costs are displayed, as well as free resource-converting actions (free only in name, as the conversions are expensive and should be used as a last resort).

Another significant mechanic is the tech board. There are six tracks on which you can progress, each giving instant bonuses, as well as access to technology tiles and advanced technology tiles. Not to mention a larger number of end-game points.

You can advance on the tracks by paying knowledge or by upgrading your buildings and taking tech tiles. It’s an area you should not neglect since the rewards are significant, both instant and long-term.

The single-player mode is the cherry on top

The single-player mode is a significant highlight of Gaia Project. It works well for several reasons:

The mode works like a two-player game, where the second player is controlled by a deck of cards. While it does the same actions as a player, the automa mechanics are simplified and its upkeep does not take much time.

It’s also very adaptable and scalable. There are several suggested difficulty levels, but you can also build its deck on your own, creating just the level of opposition you want. Variability is also high, with seven factions available to play against, each with its special ability. Monthly solo challenges on BGG are a great testament to the variety of scenarios you can create. Only your imagination is the limit.

The automa is a challenge to play against. It spreads on the map like wildfire and collects points like it’s no tomorrow. And that’s on the lower difficulties. Beating it is no easy task – you need to play to your strengths and use every ounce of your faction’s board correctly.

It’s completely reasonable to use Gaia-Project as a single-player-only game. I know for a fact that many people do it.

Rightfully among the best

Gaia Project is the pinnacle of strategy games. Deep, complex mechanics with a lot of strategic and tactical options, topped with a lot of variability and replay value. Mechanically speaking, it’s as good as a game can get and I can’t find flaws, no matter how hard I try. It is not, however, family-friendly, thematic, political, or a 4x game.

If you’re looking for a lasting experience where you’ll be discovering new approaches and strategies even after dozens of plays, Gaia Project is a must-have in your collection.

Especially if you’re a solo gamer – it’s considered one of the essentials, right next to Mage Knight and Spirit Island. I’m pretty sure it will find a permanent space in my collection. 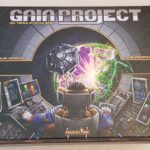