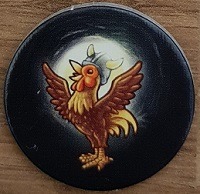 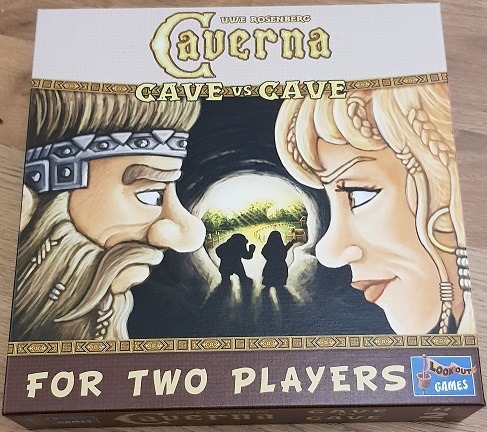 In Caverna, a very successful worker-placement game from Uwe Rosenberg, you play as a family of dwarves. You dig deeper into the mountain and cultivate the lands outside, building yourself a comfortable home. Caverna is another entry in Uwe’s farming-themed economy simulators, building on the success of Agricola and the likes. You can read more about them in my 10 Best Farming board games article.

But Caverna is a big and complex game, demanding a lot of time, dedication, and also players. So, naturally, there was a market space for something similar, but more accessible. A 2-player variant was born.

Caverna: Cave vs Cave retains the basic principle of digging into the mountain, but removes the outside farming part. The worker placement is also simplified – you’re using a row of tiles, that you can take and complete actions on them.

The goal of the game is to refurbish your cave with as many expensive rooms as possible and collect gold in the process.

Each player receives a personal board with his cave prepared for digging and a tracker for six in-game resources.

Your cave is covered with face-down room tiles. When you dig out a room, it goes to the common area, where it’s ready for purchase by both players. You are left with a vacant room, ready to be furnished.

A tracking table is used to keep track of the resources you have. Wood, stone, flax, and emmer have wooden tokens as markers, while gold and food have cardboard markers. You move those markers on the track from 0-9. The gold marker can be flipped to the +10 side, which means you can have up to 19 gold.

The markers are quite large compared to the track and sometimes it happens that you’re not sure exactly on which spot the marker is, especially when more markers are crowding on the same number. Replacement cardboard tokens for all resources are included and they mitigate this problem somewhat since they are smaller in size.

The action board is filled with action tiles. This placement is (partly) random. As you open new actions during the game, you can’t be sure what the next one will be. This adds a bit of variety to the gameplay, without being unfair to. Six starting rooms are placed in the common area and the game is ready to begin.

Although the theme is cool and you actually feel like mining in a cave, it could be better pronounced, especially when it comes to rooms. They’re just a bunch of symbols – illustrations on them would be nice. But the icons on them are clearly seen in the current form, I have to give them that.

How It’s Played – The Rules

The game lasts for 8 rounds, and every round consists of 3 phases:

The action board is what makes the game interesting. Actions that you take basically do four things: excavate a room, build a room, use a room, or gain resources. But in practice, the action tiles are not that straightforward.

There are combinations of the above, plus things such as constructing walls, not to mention that some actions cost resources and that you often have a choice of several actions from the same action tile. Some are more effective, but also more expensive.

If you have a room built on space (which costs resources), you can activate it by taking a room activation action tile. Rooms usually give more powerful combos, like transforming one resource into another (bakehouse makes food and gold from emmer – an ancient form of grain).

There are also special rooms, which have passive abilities that you don’t have to specifically activate. They always give you a bonus.

Besides their resource cost, rooms also have wall requirements, meaning that you have to have a certain arrangement of walls around a tile before you can build them. Some very valuable rooms, like the Dungeon, have to be fully enclosed. You can build walls from the appropriate action board tile, and you can raze them after the rooms are built (this part kills the immersion slightly).

Each room has a victory point value. These are added together after round 8 and, together with your amount of gold, form your score for the game.

Review – What do I think about it?

Anyone can learn Cave vs Cave in a matter of minutes. The core principles are straightforward and easy to understand. But playing and playing well are two very different matters.

This is where Uwe’s brilliance comes through. The design of actions is very refined, producing a very tight gaming experience.  There are no useless or overpowered actions. They all have a space in the game.

As do the rooms. There is a lot of variety in what they do and, since you never know which one you will excavate, different rooms will become available every game. Creating a good synergy between rooms is what you’re aiming for and you’ll have to do that differently every game.

A good synergy creates a powerful resource engine. When you take an action that activates several rooms and you get a resource from room A, that you convert into more resources in room B, and into gold in room C, it will be very satisfying.

Unique blue rooms can help out with that synergy, granting special powers, like activating an extra room (whenever you take the activate action), receiving extra resources, being able to sell existing walls for gold, and so on.

You’re not alone in the game, of course. As each of the action tiles, can only be used once per round, some will be in high demand. Sometimes you’ll want to make a sub-optimal move, only to deny the action to the other player.

The same is true for rooms in the common area. The really valuable ones are rare, and if you see your opponent building up a suspicious-looking wall, you can be pretty sure what room he’s aiming for.

This richness in possibilities and co-dependence comes with a price. There are a lot of icons for all the actions and rooms, most of them being unique. You’ll have to refer to the rulebook for the first couple of games to get a hang of it. Luckily, the rulebook is short and well-written, so finding an answer was always quick for us.

As said, the game really opens up when you figure out what different things do and how you can combine them to make them even stronger. As there’s close to no luck involved in Caverna: Cave vs Cave, this also means a good player will be very hard to beat.

Luckily there is a way to practice in the single-player mode, where you compete just for points. It’s a welcomed addition and a great training tool.

While it’s simple on the outside, Caverna: Cave vs Cave is a deep and complex game, a true Uwe Rosenberg board game. We had a lot of fun with our copy. The cave-engine building is challenging and engaging.

There are some minor shortcomings, like the clumsy resource track, pasted-on theme, or sometimes ambiguous iconography.

But despite these minor quirks, Caverna: Cave vs Cave is an excellent 2-player game, especially when considering the price (which is on the low side). It’s a great entrance into the world of more complex gaming and a good introduction to Uwe Rosenberg’s gaming style. Recommended!

Click here to check out the price for Caverna: Cave vs Cave on Amazon 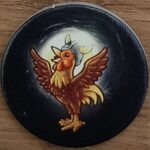