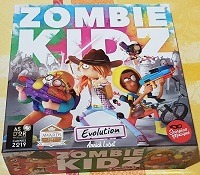 In this Zombie Kidz Evolution Review, you can read about a simple cooperative game, that your kids will love. It’s a game you can play in minutes, is fun, challenging, and full of surprises. And silly zombies.

I came across the Zombie Kidz Evolution for the first time during the research for my best legacy board games article. It immediately caught my eye – not for being another big-thing campaign co-op game, but rather for being a small, family board game for all ages.

The cooperative nature, colorful art, and simple mechanics made this a number one favorite when I considered buying a game we could play together with our 4-year-old.

The zombie apocalypse is here, they’re coming to eat you, save yourself and kill them … you heard it all before. But remember, you’re not exactly the target audience here, Zombie Kids Evolution (as the title says) is for kids, and for most of them the zombie theme will be fresh.

You and a couple of other kids are stranded in your school. Outside, the streets are infested with zombies and some of the school staff have also turned rotten! The only logical thing to do is to lock all four entrances to the school and get rid of any zombies that make it through the gates in the meantime.

With all four doors locked and the school free of zombies, you can finally relax.

How To Choose The Best Board Game For A Preschooler?

The central board, portraying the floor plan of the school is where the game happens. There are five rooms (each of a different color) and four entryways, for a total of 9 spaces on which you can move.

The board is double-sided, with one side providing more doors between rooms for easier movement. That’s especially useful in 2-player games, but you can use whichever board you like. We normally used the “harder” board, even with just 2 players.

You place your character standees in the middle room, add one zombie to each of the entryways and you can already start playing.

On your turn, you only do two things:

You can put a lock on each of the four doors by having two characters in that entryway. That way, one can hold down the door, while the other installs the lock. Some basic cooperation is needed for this task. When all four locks are in place, you have won.

There’s only one way to lose – if you have to place a zombie and there are none left in the reserve. Since there are only 8 zombies to begin with, this can happen quickly, if you’re not careful (or just unlucky).

One last thing is the 3-zombie rule. You can no longer enter a space if there are 3 or more zombies in it. This means you have no way of clearing a room if the zombies start stacking, so make sure you clear them before that happens!

We’ve only described a single scenario of Zombie Kidz Evolution, but there’s more going on between them. First, there are special missions that you can complete. From simple ones, like “Win a game with 3 players.”, to more complicated ones: “Win 3 games in a row.”. There is enough of them to always have something to aim for.

For each game you play, you get a brain sticker, and for each mission you complete, you get a trophy sticker. The stickers are placed on the back of the manual – collect enough of them and you unlock a series of envelopes – 13 in total.

So what do you unlock in them? I’ll try to answer with as few spoilers as possible:

The first few envelopes are nice surprises. While about halfway through I could kind of guess what is yet to be unlocked, there is also cool and unexpected stuff. Overall the lure of the envelopes is a fun way of wanting you to play more. With games done in 10 minutes, there’s always that “let’s play just one more to unlock the next envelope” feel.

Of course, this is not your big-buck narrative legacy game, but considering the target audience, the adding of new elements is fine-paced, interesting, and it adds to the gameplay. Kids just love opening the envelopes and adding stickers!

Zombie Kidz Evolution is not a typical campaign game, but rather more of a skirmish scenario type of game. You can pick a different character for each scenario. You will want to try all of them as every one of them plays differently and there are some that work better together than others.

But the thing that impressed me the most is that you don’t have to use all of the extra unlocked stuff. You can use all, some, or play the vanilla version of the game – it depends entirely on the desired complexity and challenge.

We often played a three-player game where our 4yo would play by the basic rules, while we were using all of the rules and it worked out great. The game does not punish you for that or restrict you, it just wants you to have fun in any way that suits you.

While the game is challenging, it is not the hardest to beat. If you make the optimal move (figuring out the optimal move is fun, although not hard to figure out for an experienced player) and don’t get overly unlucky (if the zombies stack on a space faster than you can remove them), you can win pretty much every game.

But those are ideal circumstances and a group of experienced board gamers should really play something else instead. On the other hand, a group of kids or a mixed group of kids and adults will find the challenge just right, provided you don’t tell others what to do. Quarterbacking is a problem, especially since the best move is often obvious and a really bad move can lose you a game quickly (for example, if you don’t remove enough zombies and go for the lock instead). Self-discipline is key. 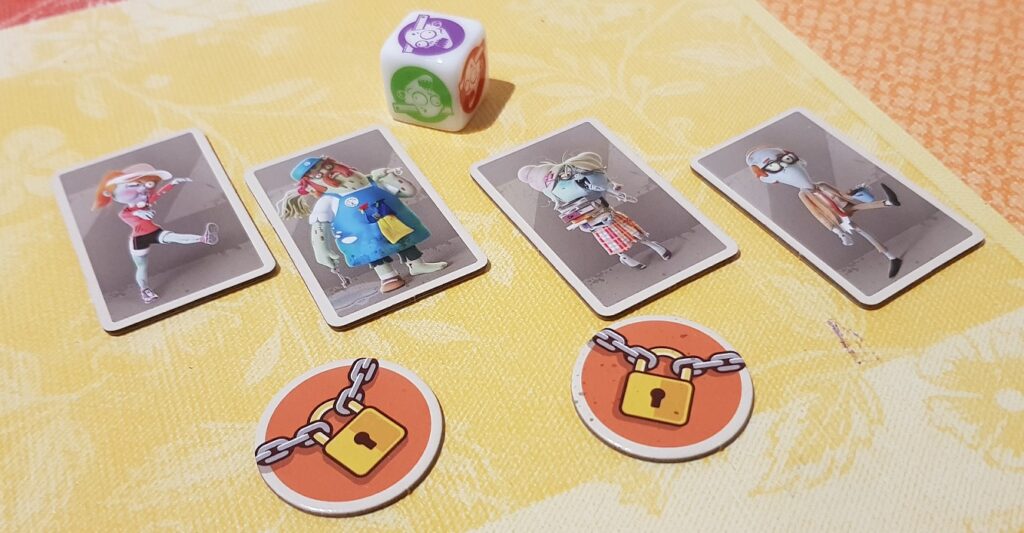 Who should buy Zombie Kidz Evolution?

Zombie Kidz Evolution is a great cooperative game for younger people. It teaches basic mechanics, like moving, coordinating, and working together, which will pay dividends with more complex board games.

It’s a great gift for kids. The box says 7+, but with adult guidance, even younger can play competently. It proved a great game for our 4yo, and frankly, we all had fun with it.

10 Best Dungeon Crawler Board Games for 2021 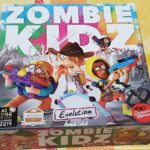