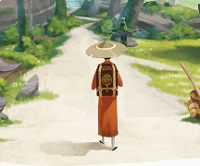 In this article, you can learn about Tokaido, a game that takes you to travel the old Japan and experience its beauties on the way. Read the full Tokaido Board Game Review below.

Introduction to Tokaido Board Game Review

Board games are oftentimes based around fierce competition and hurrying towards objectives. Tokaido is different. It’s a tourist simulator.

Each player is a traveler along the famous Japanese “East sea road” spanning from Kyoto to Edo (modern-day Tokyo). You will meet people, visit farms, paint beautiful vistas, dine at inns, buy souvenirs, visit temples, and bathe at hot springs. There will be other travelers on the road, but racing them is not a priority – instead, your goal is to have a great time on your expedition. 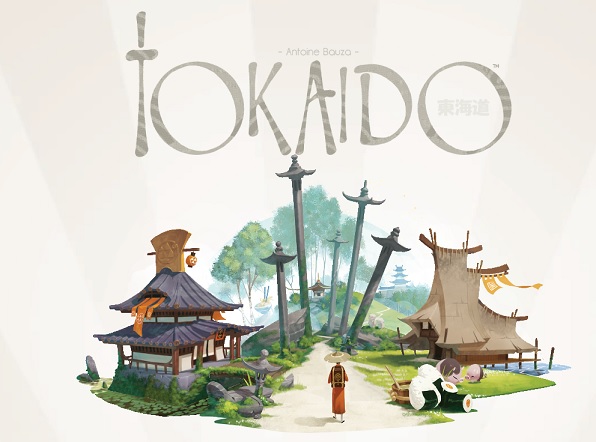 It’s about the stops you make along the way, not the final destination

The path that you travel on is linear and it goes one way – forward. There are several different locations you can stop on and interact with. Once you passed a location you can’t go back, but locations do appear multiple times on the path.

Rush or not to rush?

You can move forth as many places you want, but the trick is that the last one on the path always moves first. Some places will be blocked by other players. The dilemma is whether to take the first available space and risk having your future space blocked, or skip a few places, go directly to where you want, but you risk taking fewer turns.

It’s a fine balance where you have to take into account the sets you’re collecting, what other players are collecting, how much money they have, and where they’re likely to go. You can try going slowly, but if you’re the last one to arrive at the Inn, there may not be any food left for you.

Unfortunately, in practice, you often don’t have much of a choice or it’s pretty obvious where you should go. The strategic options in Tokaido are thus quite limited.

There is some variability – there are several travelers, each with his own bonus or special ability. One can buy meals cheaper, the other starts with more money and so on.

A piece of art with minor quirks

Unfortunately, there’s a bit of imbalance among them. As your influence on the game is limited, tourists with universally useful abilities (like the aforementioned meal discount) are better than specialized ones, which usually also start with a lot less money.

The road itself is static. Unlike Parks, where you can set the tiles up randomly, in Tokaido you always follow the same layout of locations. The only variable factor is that some locations offer more slots when there are more players playing.

Considering the above factors, Tokaido really suffers when it comes to long-term appeal. Suer, it looks great on the table, you can teach it to new players in a matter of minutes, and the atmosphere is great. But for the sake of strategy or engaging gameplay, it won’t hit the table too often.

To be fair to Tokaido, the problems are slightly alleviated with expansions (more on them below) and the game opens up a bit when you include them.

Crossroads introduces new characters, but its most significant addition is a side board, containing cards and a die.

The additional components allow you to take an alternative action at each location (you can still take the standard action). These actions are more advanced, potentially offer higher rewards, but also higher risks. For instance, you can gamble ow much money to receive at a farm, you can buy legendary items at a souvenir shop, amulets (that can be used later for certain bonuses) at temples, etc.

The new choices are interesting and useful. They allow for more varied strategies and increase the replay value. Even though Crossroads adds a bit of complexity, you can easily remove the new mechanics if you play with new players and introduce them later. All in all, an essential addition for Tokaido.

Two cards are drawn and the player which arrived at the Inn first selects one. This increases the incentive to jump locations and be the first to the inn and adds another layer of strategy. You’ll want to choose an effect that benefits you, not other players.

Matsuri also includes new character cards, but I should also mention that it requires the Crossroads expansion, since a lot of the festivals play off of Crossroads mechanics.

Tokaido Deluxe Edition and Tokaido Collector’s Edition are non-Kickstarter and Kickstarter collections. They come with promo cards, Crossroads expansion, and unpainted miniatures for the characters. Both are excellent investments, but only available second-hand for (usually) very extravagant prices.

Where the original tabletop version really shines, is creating the zen-like feeling of a pilgrimage. The art and components were stunning. The meal and souvenir cards with traditional Japanese names and paintings, moving your meeples on the clinically white game board, and just the tactile feeling of handling the pieces.

Many of these qualities are lost with the Digital Edition. The presentation is great – 3D graphics look splendid and the original art style remains. But the zen feel is seriously hampered and shallow game mechanics even more exposed, especially since neither of the expansions is available.

Still, for the low price of a Steam sale, I don’t think it’s a bad purchase, even if you just play a couple of times. Or try it out and return it before the 2-hour mark. You should see the majority of content in this time.

Should I buy Tokaido? Which edition of Tokaido to buy?

If a great presentation, family accessibility, and relaxed atmosphere are things that you cherish more than deep gameplay mechanics and tough strategic choices, you will enjoy Tokaido.

It is however very limited in terms of gameplay, so Crossroads expansion is a pretty much mandatory supplement.

The digital edition is a good way to familiarize yourself with the game and determine if it’s for you. It’s worth purchasing just for that.

Tokaido is a decent gateway game that emphasizes looks over depth. I recommend it to families, new players, and collectors. Regrettably, it won’t satisfy more seasoned board gamers.