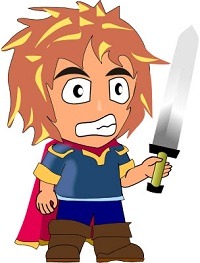 Everyone loves a good role-playing game, let that be a video or a board game. As such, RPG games are usually epic adventures, demanding a lot of your time, thus more and more board RPGs are played solo. What are the Best Solo RPG Board Games in 2023?

The list below is as objective a selection as I could manage, but also slightly to my taste. Games are listed by complexity, this time starting with the most complex.

Table of Contents for Best Solo RPG Board Games

Best dice-builder: Too Many Bones

Best blockbuster license: The Lord of the Rings: Journeys in Middle-earth

(I am a member of the Amazon Associates Program and will earn a commission if you buy something after clicking on the links in this article.) 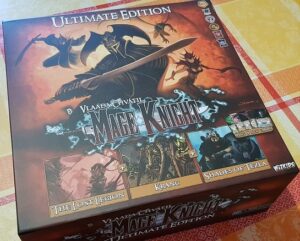 You play as a mage knight, a powerful warrior/wizard. You will explore a beautiful-looking hexagonal-tiled board, filled with towers, keeps, villages, and cities to interact and conquer, as well as ruins, dungeons, and rampaging monsters to beat. You can even command units to help you out.

Your objective depends on a scenario and it usually ends in a massive fight; conquering a city or defeating a ravaging army of General Volkare.

Your activities are fueled by acton cards and your hand will dictate how much you can move, attack, block, or interact in a given turn. This is all wrapped around predominantly deck-building mechanics (among others) to create a several hours long puzzle, guaranteed to burn out your brain. 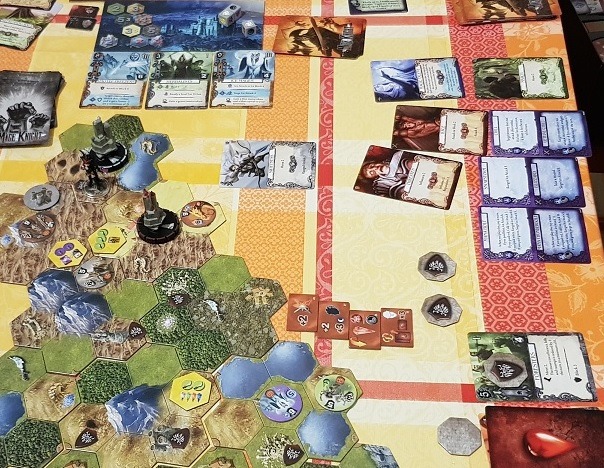 With Mage Knight, there is only one path to follow: get the Ultimate Edition – it contains the base game plus all the expansions. Expansions enhance the base game a lot and you will want them sooner or later. Do yourself a favor and buy everything in one package. It’s also a lot cheaper this way. 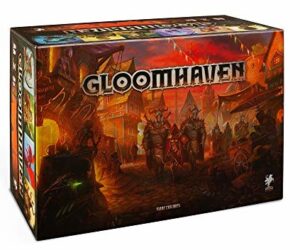 Also set in a fantasy world (although in a much grimmer, gloomier world), Gloomhaven is focused on clearing out dungeons. It comes with 95 unique scenarios, which are tied together in a story-driven campaign. You will make decisions, that will affect the entire game world and the future of your adventure.

Use weaker cards, but make sure you go before the monsters? Save powerful cards or play them now? The choice is yours; just be ready to pay the consequences. Or reap the rewards, as you will have a chance to progress your character and enhance your action deck between the scenarios. 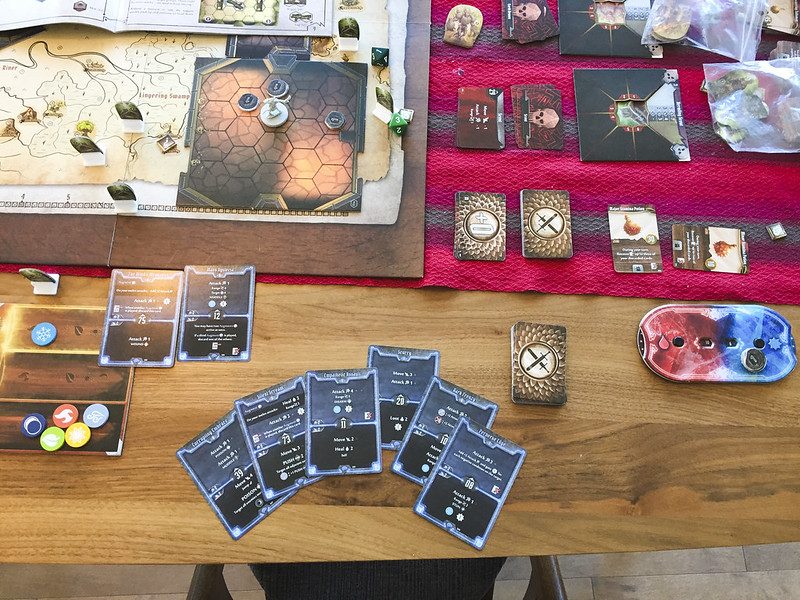 I suggest buying just the base game. You don’t need Solo Scenarios to play solo and Forgotten Circles adds extra scenarios – which you also don’t need until you have completed the base game. Which is a huge undertaking in itself.

Also worth considering is the 2020 prequel, Gloomhaven: Jaws of the Lion. In fact, it’s a perfect entry point for new players. It’s similar to its bigger brother but features an excellent tutorial and simplified setup. Yes, it doesn’t come with as many scenarios and characters, but it’s also way cheaper.

And make sure to finish both games before Frosthaven, a true sequel, hits the shelves!

TMB is a unique game. It’s a dice-builder RPG. You train skills and progress your Gearloc (your playable character) with dice, which you place into a high-quality neoprene character map. There are a total of 136 custom dice included.

The goal of the game is to defeat one of the seven Tyrants, but on your way to the boss, there will be a lot of adventuring, building up your character, and fighting other monsters.

Too Many Bones is a very expensive game and you can only buy it from the publisher’s website. Therefore, I suggest buying only the base game and adding expansions later.

The City of Kings

The City of Kings is a coop (which works very well solo) adventure board game set in a fantasy kingdom. You can choose from six different characters (once Kings from the title) with unique skill trees.

You will travel the board, explore it, exploit the land for its resources (with the help from workers you control) and find or buy weapons and items. You will need those to fight monsters you encounter on the way and those are randomly made on the fly with thousands of combinations possible.

The goal of The City of Kings is to complete a selected scenario (19 available in the base game) and it usually makes a pretty tough challenge.

Along with promotional packs (which are impossible to get unless you already have them), there have been three smaller expansions, adding new side quests and new playable characters. They are not necessary for the enjoyment of the game but are welcomed by experienced players.

Next on our list is a horror game, that takes place in H.P. Lovecraft’s world. In 2016, the revised Second Edition came out.

What makes Second Edition special, is the iOS/Android/Steam app, which keeps track of all parameters (like your or enemy hit points), guides you on how to build the map, controls the monsters, and progresses the story.

MoM is played per scenario – each with a different setting and objectives. You play as an investigator, trying to get to the bottom of a mystery. Explore the mansion, search the rooms, solve puzzles, and fight monsters that get in your way.

Numerous expansions are available. They add more scenarios, new investigators, monsters, map tiles, tokens, and cards. Again, look into them after the base game content begins to feel stale.

Click here to read more about Mansions of Madness

The Lord of the Rings: Journeys in Middle-earth

Journeys in Middle-earth is a game with a big license (who doesn’t like Lord of the Rings?). It comes from the same publisher as Mansions of Madness. It’s no wonder it is designed around an app, which is essential to gameplay.

You will assume the role of a LotR character (Bilbo, Legolas, Gimli, Aragorn, Elena, and Beravor are available). Your journey is structured as a campaign, with each chapter introducing a different map, enemies, and objectives.

Chapters are tied together with a story, which is slowly being unraveled. The game is set after the events in Hobbit and before the events of the Trilogy.

Just like with its older brother, plenty of expansions are available. They introduce new campaigns, new playable characters, enemies, terrain, and items. A welcomed addition.

Click here to read more about Journeys in Middle-earth

Do you agree with my selection? Feel free to leave your opinion in the comment section below.