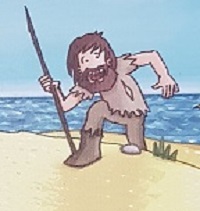 In this article, you can read about 6 Reasons We Play Board Games Solo. It’s a great way to experience board games and you should try it out if you haven’t yet.

Until lately, solo board gaming was considered an odd thing. People who practiced it were misunderstood and looked down upon. “Why don’t you play video games instead?”, they often heard.

But in recent years, this stigma is beginning to diminish. Single-player modes in board games are becoming a norm. Publishers realize more and more players are playing alone and are designing games with this in mind.

Not only are more multi-player games featuring a solo mode (you play for a high score, against an AI-driven opponent, or you have a special objective), games that are solo-only are also multiplying in numbers.

The third type is where people play multi-handed (you control all the players) and is predominantly popular with cooperative games. You can also play competitive games this way, but it’s usually only in the learning stage.

Here are 6 Reasons We Play Board Games Solo:

To play board games with other people, you first and foremost need – other people. Gaming nights can be hard to organize. We’re all on different schedules. There are jobs, families, and other hobbies that also need our attention. Therefore, getting together a group of players regularly can be tough.

We, board gamers aslo like to resort to our partners to get our gaming fix. If they share your enthusiasm, that’s great, but most likely for them, it will be just another entertainment activity, not passion. That’s why many will be very careful what games and how often to play with their partner. You want them to have fun, not force them into something they don’t fully grasp. Also, you don’t want to play too often, to not burn them out.

Furthermore, there may be no one interested in the game you’d like to play. There are many niche sub-genres in our niche hobby that may not appeal to people around you. Very heavy and/or long eurogames, dungeon crawlers, or wargames, to name a few. For many people, the only way to try them out is to play them alone.

Have you ever tried to introduce a new board game to a group with the goal of learning it together? This usually results in a disaster. Everyone is eager to play, yet no one knows how to do it, so you slowly break through the rules. Even with the best-case scenario where everyone is paying attention to reading the rulebook out loud, this will easily triple the “playing” time (you won’t do much playing).

The easiest way of learning new board games is if one of the players takes one for the team, studies the rulebook, and simulates gameplay by himself. Well, the easiest for the group, not for the guy who has to learn for everyone.

Most players don’t enjoy doing that, but some do. If you’re doing board game-related research on the internet, it’s a fairly good possibility that you do. I find the process of setting up a game for the first time, studying, and trying things out very enjoyable. As a bonus, you get an in-game advantage for knowing all the rules in detail.

3. To take on the challenge of solving a puzzle.

Board games regularly present players with complicated problems to solve. These can be even more emphasized and focused in solo games because they get all the attention from the player. You can get immersed in them, without worrying that other players are waiting behind.

Moreover, dedicated solo games are designed with specific objectives with such intricate balance, that in order to win, you must work hard throughout the whole session. In Mage Knight, for example, your goal is to capture two cities, which requires you to level up and build your hand if you’re to have any chance of success.

Therefore, every decision from the beginning is very important, as it develops your character for the final encounter. But even if you play well, the end fight will still be tight and challenging.

The situation is very similar with other solo games or modes (Underwater Cities, Praga Caput Regni). You’ll always be dancing on the edge between winning and losing. If you’re looking for a real board gaming challenge, solo games are the way to go.

4. To spend some quality alone time.

After a hard day’s work, everybody needs a way to unwind and recharge batteries. The most effortless way is to lie on the couch, watch TV, or play video games. For more active people, there’s jogging, yoga, or other sports activities. And if you want to do something more peaceful, there are books, crosswords, and board games.

If your work consists of sitting behind a screen all day long, then board games are ideal to break that pattern. The exact opposite, they provide a physical sense of objects in front of you. The tactile feeling of moving the pieces is relaxing and therapeutic at the same time.

5. Solo board gaming allows us to play at our own leisure.

One of the greatest benefits of solo board gaming is that you can do whatever you want. Play when you have the time, without the need to adjust to others. Only played half of the game and have an urgent errand? No worries, leave the game on the table and return later. Or don’t, it’s your choice.

You can take all the time in the world for your decisions, which is great for games with deep strategic choices, where analysis-paralysis would be a problem in multiplayer. In solo, analysis-paralysis prone games are what you want. These offer the complex puzzles you want to dive into and lose yourself in.

The lack of downtime means it’s always your turn, which works wonders for your immersion in the game. You’ll see how the hours will fly past you.

If you’re suffering from social anxiety (as do we all, to various degrees), solo board gaming can be a safe haven, where you don’t have to worry about how you’ll do and if you play fast enough. You can practice different approaches and experiment without the pressure of being judged or fear of losing to others.

6. To play games that are best experienced in single-player or are solo only.

Our final reason why you should play board games solo is that it allows us to play games that are best-experienced solo. If you want to try them out, well, you’re forced to play solo.

I’ve already mentioned Mage Knight, which is the de facto ultimate solo board game. Then you’ve got Spirit Island, which can also be played cooperatively, but the solo play offers more time to delve into its strategy.

Next are games that offer a very challenging solo mode (in addition to multiplayer): i.e. Terraforming Mars or Gaia Project. The single-player mode here is different enough to consider it almost another game.

Finally, we’ve got board games that are solo only. Friday, Under Falling Skies, Hostage Negotiator, Navajo Wars, Nemo’s War, to name a few. If you want to experience those, your only option is single-player.