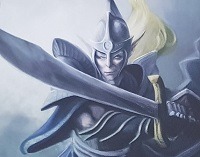 After the base game in 2011 and the expansions in years after that, Mage Knight has received a repackaging in 2018. Everything is in the same big box with a price tag of around 100 of your favorite currency. Quite an investment, but is it a good one? Is Mage Knight Ultimate Edition Worth It?

Short answer: yes, if you’re willing to invest time and effort in it. Mage Knight is not a pick-up-and-play board game. It requires commitment and a lot of rules reading. And re-reading. But it gives so much back, it never makes you not enjoy the process.

Mage Knight Base Game is rich in content by itself. If we start with components, you get four Mage Knights, each with different skills and special actions. That means the gameplay is significantly different with every one of them.

But you’re not always playing the same game anyway. There are ten scenarios included, with several possible variants that tweak certain rules. If you play solo, you have slightly fewer options (1 solo specific scenario), but other scenarios can be adapted to solo play with some work. Don’t forget about fan-made scenarios you can easily find online.

And there’s more to that. Even if you play the same scenario with the same Mage Knight, the game won’t be the same. Random terrain tiles and random enemy tokens will make the map look different every time. Card decks (Unit deck, Advanced actions, Spells, and Artifacts) are thick enough to guarantee that you’ll see something new even after several games.

Have I mentioned that your character doesn’t progress the same way every time, but that the skills he takes are chosen from randomly drawn ones? Or that there are mana dice, dictating which actions to take? That there are four different cities you can encounter and you don’t know which one is in play until you reveal it?

Can you do a rough estimate on how many permutations there are? Now multiply it by the average playtime of 3 to 4 hours.

Enter expansions. What they do, is add further permutations to the system.

Lost Legion expansion adds one new playable hero, new action cards, unit cards, spells, and artifacts. There are six new terrain tiles included. But the main star is the Volkare antihero character, your main adversary. He’s designed with solo play in mind and is featured in two epic scenarios with several variants and adjustments, providing a lot of replay value by themselves.

Krang is a smaller expansion, adding one more playable Mage Knight. Krang comes with his own deed deck and skill set.

Shades of Tezla is the second large expansion. It introduces two factions (a whole new concept of play with faction tokens you can collect and give you special powers, sites, reference cards, and markers), new enemy tokens, action cards, and the seventh playable hero, Braevalar with his deed deck and personal skills.

No less than sixteen new scenarios are included utilizing all the added material.

Five dual-color cards. A promotional package of five new cards: four action cards and one artifact. The cherry on top.

As a bonus of the Ultimate Edition, you get those Dual-Colored Cards expansion, which is otherwise impossible to get. Not to mention that you now have everything Mage Knight-related packed in the same box. Oh, and the rules are rewritten, too.

Hundreds of hours have gone by

With Mage Knight, there are almost endless opportunities. You can spend hundreds of hours and still have new things to discover.

Personally, I have played around 50 hours of Mage Knight and have barely even scratched the surface. I played several games of solo conquest from the base game and Volkare’s return from Lost Legion. I haven’t even touched most other scenarios. Shades of Tezla’s enemy tokens are still sealed as are the numerous extra scenarios still waiting for me to delve into them.

I expect to play Mage Knight for years to come (not every day, of course) and eventually get into hundreds of hours of gameplay. 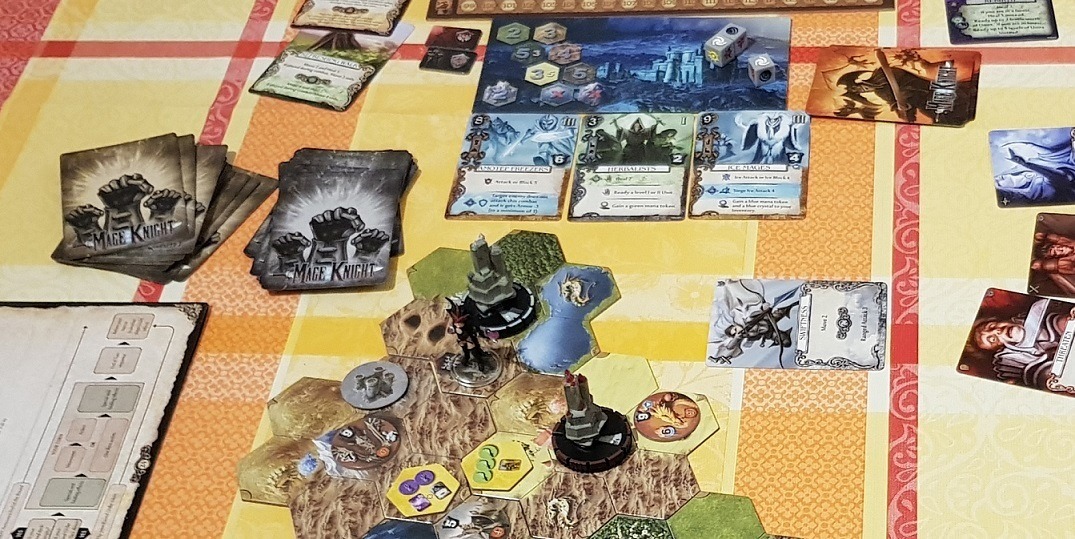 To assess my investments, I like to do a simple cost/hours of gameplay calculation. If Mage Knight Ultimate Edition costs somewhere around $100 and I’ve played 50 hours so far, I’m paying $2 per hour for my entertainment. That sounds like a good value already, but the more I play, the cheaper the game becomes for me.

It’s obvious that Mage Knight Ultimate Edition is great value for your money. The question is something else: is it a good value for your time as well? Are you willing to invest those hours to make it worthwhile for your cost/hours ratio or is it going to sit somewhere on your shelf after a game or two (which is not even enough time to understand the rules properly)?

Only you can answer these two questions. I can tell you that the game will award you massively for the time and effort you invest. It’s one of the best board game experiences, especially in solo mode. For me, it was well worth every penny and second I put in.

With so much content, invest the time and try to experience everything the game has to offer. If you bought a game, play it or you’re just throwing your money away.

Worth it if you play it

Let’s look at some more numbers. These are sell and re-sell estimates of packages.

If you bought the base game and the expansions separately, you have spent roughly around 170. It doesn’t take a genius to acknowledge how much better an Ultimate Edition deal is. Given the fact of how much stuff expansions add, it’s really a steal.

Buying the base game would only be reasonable if (for some reason), you only plan to play the base game by itself. While there is plenty of game in there, you will want to try at least the new characters at some point. But, while the base game offers plenty of variety, once you add the expansion cards and enemies, it feels dull to go back to base stuff.

Now, what if you already have the base game and you’re looking to expand it? Well, that’s a tricky situation. Krang expansion on its own is definitely not worth the money they’re requesting. As good and fun to play as it is, it’s just one character, after all.

Buying just one of the two larger expansions may be reasonable if you plan to stop there. Lost Legion is great if you play solo, for example. But, being a serious Mage Knight player, you’ll want more at some point and then you’re at a loss again.

If you’re looking to upgrade, your best bet is to sell your Mage Knight base game and get the Ultimate Edition as soon as possible. Taking into account that you can get a very good deal on the used base game, this is a pretty obvious choice.

Of course, the Ultimate Edition has great re-sell value as well. If you get it and for some reason completely hate it, it’s not the end of the world. 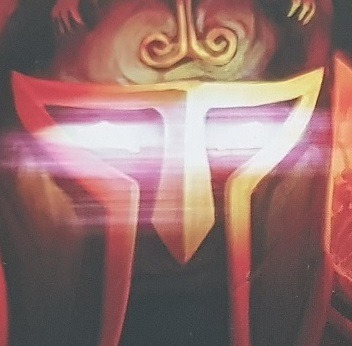 Mage Knight Ultimate Edition is more than worth your money. It offers so many options, you can sink hundreds of hours into it easily. Buying just the base game is a waste of money, considering the prices.

Ultimate Edition has made the original base game redundant. Even if you’re looking to upgrade from it, you’re still better off selling it and just buying the Ultimate Edition.

It’s also more than worth the time and effort it requires. It takes learning and patience, but it has given me so many challenges and so much enjoyment, it’s hard to put into words.

Playing for four hours, only to lose the scenario by one point of attack does not feel frustrating – contrary: I knew exactly where I’d lost that and was determined to play again and do better. And when you eventually win such a tough scenario (beat Volkare for example) it feels so rewarding and a real accomplishment because you know nothing was given to you; you had to work hard earn it.

I have yet to encounter another board game, that stimulates similar feelings so strongly.

6 thoughts on “Is Mage Knight Ultimate Edition Worth It?”