This article is a review of the digital edition of the popular board game, Raiders of the North Sea. Is the port good and how much content is included?

As a long-life fan of video games, I’m always intrigued to see board games ported to digital media. While a lot of their appeal, particularly the table presence and the tactile feel is lost, there are other advantages. Ease of play, compatibility, lower price, and just overall accessibility are factors that make them great snack-sized video games. While pretty solid as a video game, they are not trying to compete with the extremely competitive video gaming world, but rather fill a niche. They are targeted at board gamers who, for one reason or another, can’t get a game to the table right now, but would still like a small part of that fix. That’s why boardgamearena, yucata, tabletop simulator, and stand-alone ports of popular board games are so successful. More digital board games: 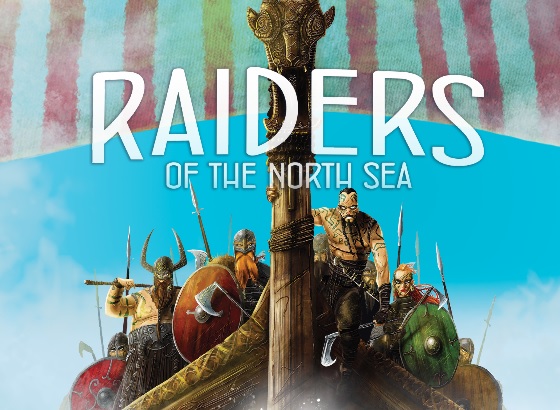 Who are Raiders of the North Sea?

You can imagine I didn’t hesitate when the chance to review Raiders of the North Sea came about. But first, let’s quickly recap what we know about its physical big brother. Raiders of the North Sea is a thematic worker-placment game from Garphill Games’ “North” trilogy. The point of the game is raiding ever-stronger outposts, monasteries, and fortresses for riches and fame. But that’s just the end result of carefully managing resources in the village. It’s here where you prepare your expeditions for raiding. You need to hire crew, stock provisions, and upgrade armor before your ship is set. This is done through interesting worker placement mechanics. More Viking board games:

You always have one worker in your stock. You place your worker on an empty slot, carry out the action, and then remove another worker from the slot, also carrying out his action. Later on, workers of different colors (certain slots require a worker of a specific color, or the yields are different per worker color) will enter the picture, making things even more interesting. All this requires just enough planning to keep things interesting, yet not so much, that anybody would be overwhelmed or forced into paralysis analysis. The actions you can take are drawing new cards, discarding cards for money, hiring them as crew members, or performing their special abilities. Then there are the aforementioned provisions and armor, you can get silver coins, and you can also trade your raided goods for more victory points. 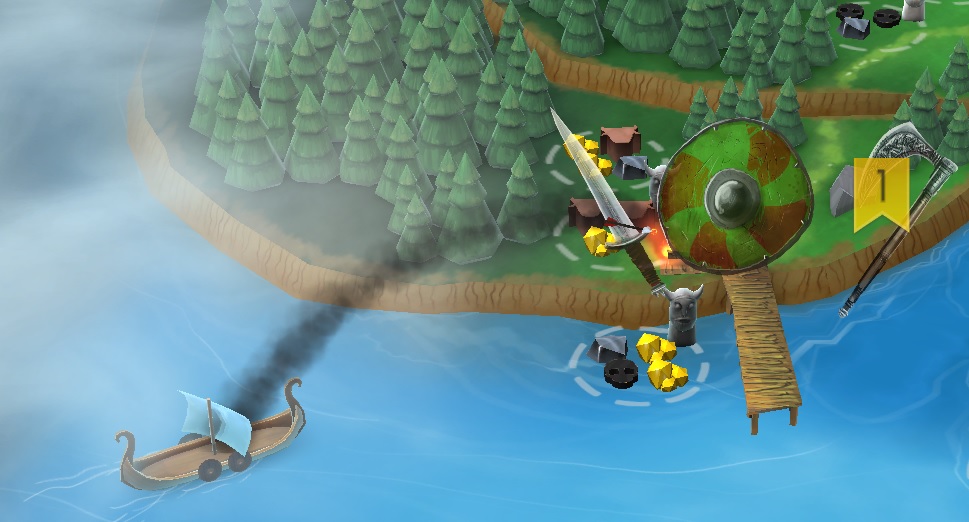 The cards are your true capital since there are several uses for them. You can outright discard them for money or gold, you can add them to your crew and use their permanent ability (unit they are sent to Valhalla, that is), or you can use their one-time special ability. Again, just the perfect mix of decisions and complexity to keep you interested. Finally, the are the raids from the title, which are your main victory point earners. Locations range from easy prays, such as Harbors, to strong Fortresses and the rewards are proportionate. Depending on a location, you need a certain number of provisions and crew members for a raid, and stronger locations also require gold and a specific worker color. Moreover, the success at these stronger locations is slightly affected by dice, although your overall crew and armor strength plays a predominant role. The game goes on until only one Fortress slot is left intact. This comes at just the right tie, keeping the game at the sweet spot of just over an hour. The accessibility, dynamic gameplay that switches from resource collection to violent raids, and multi-use cards with many options to nag your opponents, create a very appealing mix. It’s no surprise the game has received all-around success and is currently placed in the Top 100 on BGG.

The digital edition does the game’s reputation justice. It’s available on Steam, iOS, Android, and Switch, although I’ve only tested the Steam edition. But since cross-platform multiplayer is enabled, I have no doubts that the other versions are made to the same standard. The first thing you notice is the outstanding graphics. The board game’s typical art style is retained, but now the board is in 3D and animated. The end result is gorgeous and a joy to behold. Yes, I know this does not contribute to the gameplay, but it sure doesn’t hurt. It goes without saying that the rules are fully implemented. The interface is clear and the information about card abilities, your resources, opponents’ status, and so on is easy to reach and keep track of. The capability of artificial intelligence is solid and I had trouble beating it on medium. No fear of running out of a challenge. Although the opponent’s turns don’t last long and it’s your turn again in no time, there’s an option to speed them up even more, which will be a welcome addition to experienced players. For beginners, on the other hand, a two-stage tutorial is implemented, which does a good job of teaching the game. 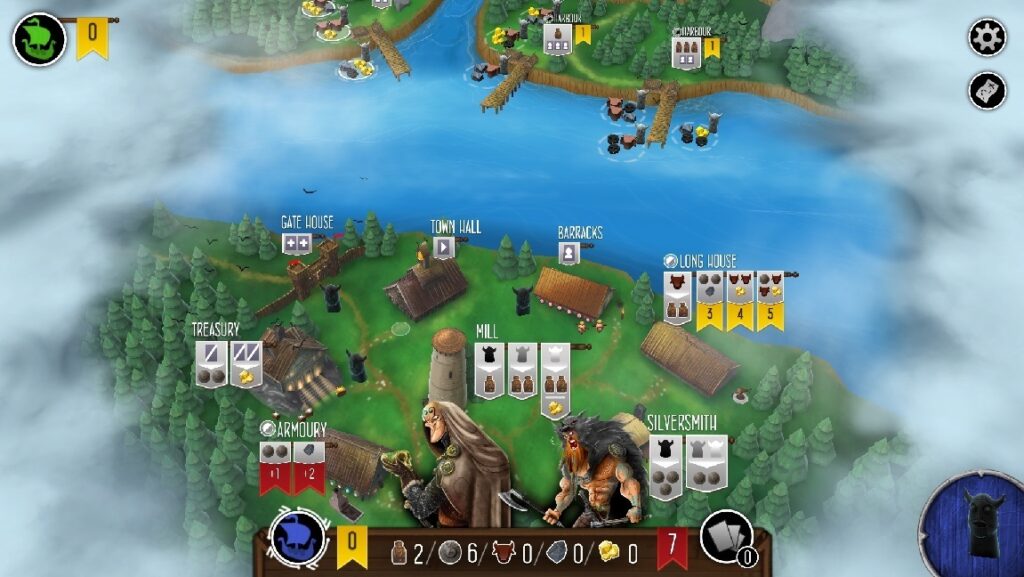 Besides the obvious skirmish games against the AI, further single-player content is a 10-scenarios long campaign, where every scenario features slightly modified rules. These are really interesting and challenging as they require you to adapt and diverge from a strategy that usually works. For example, there’s one where provisions are extra tight, another where there are extra points available for valkyrie tokens, and so on. Starting with multiplayer, pass-and-play for up to 4 players is available. While this brings back nice memories from my childhood split-screen PC gaming, it sadly probably won’t be used that often. Still, it’s a feature you want to have and I wouldn’t mind playing the game with others on a large touch screen tablet. Finally, there’s the online play. It is promising (with the cross-play), but unfortunately, there’s barely anyone playing, so I didn’t have a chance to really test it. But yeah, that’s not the game’s fault. Unfortunately, such is often the case with digital board games – a niche within a niche. The more of a bummer is the fact that there are no expansions available. Yes, the campaign does have its appeal, but the game shows all of its charms rather quickly and runs out of content too soon. But then again, the price is fairly low and the title is on sale often, so you’re not paying that much for what is easily 5-10 hours worth of gameplay.

Raiders of the North Sea (Digital Edition) is an excellent implementation of the popular game. While it won’t keep you occupied for weeks, it does possess enough content and features to justify a purchase.

You can buy your version at a digital store of your choice. A Steam code has been provided by direwolfdigital for the purpose of this review.

Raiders of the North Sea 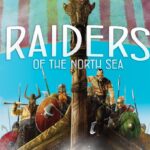