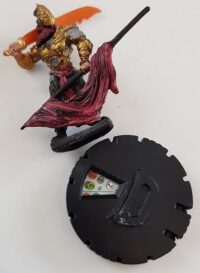 In this Mage Knight Ultimate Edition Review: base game and expansions. Words about the theme, colorful characters, vicious enemies, deck-building, and puzzle-solving. A great game – but, does it have any negatives?

Let’s get one thing straight: I love Mage Knight. I love its fantasy theme, its colorful characters, and the open world, infested with blood-thirsty enemies. But most of all, I love its brilliant deck-building puzzle-solving gameplay mechanics.

So, to write a credible Mage Knight Ultimate Edition Review, I made sure I played plenty of it – almost 40 hours (at the time of writing) to be precise, so I can assess both positive and negative aspects of the game adequately and objectively. 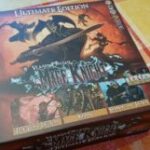 Players: 1-4, best with 1 or 2 players.
Playing time: 60-240 minutes, depending on player count, scenario selected, and pace of the players.
Complexity: there aren’t many games with more complex rules than this.
My score: 9/10
Price: Check on Amazon

I am a member of the Amazon Associates program. If you click on an affiliate link and decide to buy something, I will earn a commission.

What’s in the Ultimate Edition box?

The Mage Knight Ultimate Edition consists of all the items that have been published for Mage Knight:

I like the artwork of the cards, terrain, and characters. They help bring the theme alive but are minimalistic enough not to get n the way of gameplay. They don’t clutter the important information on the map or cards but help emphasize it. The quality of the cards is decent, although not top-notch. The same goes for plastic components (miniatures, cities, mana tokens) – it’s fine, but higher quality plastic would add prestige and would be a nice bonus feature of the ultimate edition.

Insert plastic is a mixed bag as well. On one hand, all the components fit nicely into the slots, but setting up the game takes way longer if you don’t have your components separated. For example, the skills of all seven characters go into the same brackets, so finding the ones you need takes some time. It’s similar with enemy tokens.

I solved the problem by making my own custom boxes to split the components up by type, by characters, by expansions. That’s something that could be easily solved with a different insert plastic, especially since there is more than enough physical space in the box (it’s a very big box BTW). For what it’s worth, there are excellent third-party solutions on the market (i.e. Folded Space or Laserox), but if you’re naming your game Ultimate Edition, I expect a lot more in this compartment.

Mage Knight is set in a fantasy Atlantean empire, which is, after all the wars, in turmoil. Order is gone and the countryside is swarmed with all kinds of monsters, threatening the already devastated population.

You are a Mage Knight, a powerful warrior, adept in melee combat, sorcery, and commanding armies. But your goal is not noble – you plan to conquest the distraught empire for your own gain, earning power, wealth, and fame in the process.

With rule books measured in tens of pages, giving you a detailed explanation of them would make no sense. Instead, I will briefly go through the most important parts, just to give a general feel of how the game is played.

Every game begins with scenario selection. There are several available, normally their object is to conquer cities and can be played in solo, cooperative or competitive mode. Expansions add more variety; you’ll be fighting powerful faction leaders, numerous new enemies (with new abilities), or face Captain Volkare and his mighty Lost Legion.

It’s now time to select a character. There are four Mage Knights available in the base game, plus three more in the expansions. They are similar, but differ in some aspects: one is slightly better at physical combat, others can take wounds better or are good at commanding armies, etc. Differences are both small enough that you don’t have to re-learn the game with every new chatracter, but large enough that they make gameplay with each one unique.

Mage Knight: Heroes and their Abilities 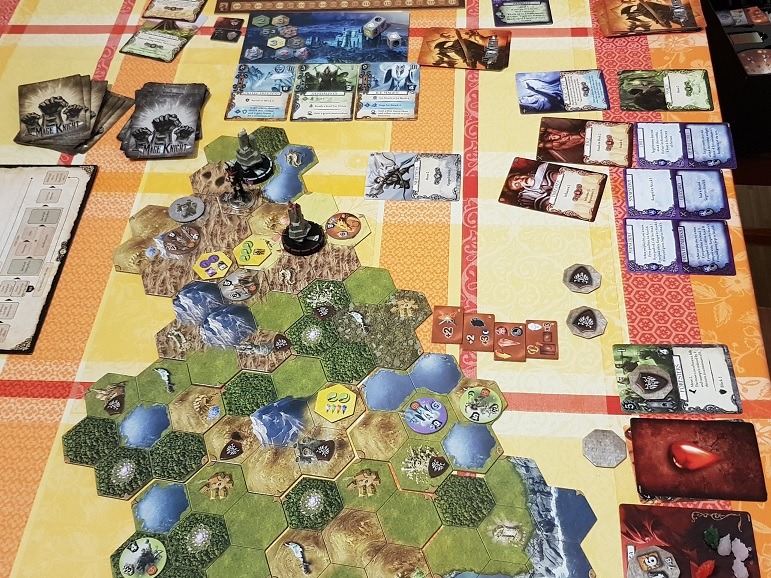 After that, you’ll set up the game according to scenario rules (what territories and cities to use). Preparing the map, your player area, fame counter, mana, spells, advanced actions, and unit offer may seem overwhelming at first, but with some experience, a game can be set-up in 10-15 minutes.

The game is played in a predetermined number of rounds – every time your deck of action cards (or deed deck, as it’s called) runs out, it’s round over. In each round, you’ll have several turns available, depending on how quickly you’re going through your deed deck.

Action cards in your deed deck are the core of Mage Knight. You will look at the map to see what options you have: move to a village to recruit a unit, attack a rampaging enemy, try to conquest a Keep or a Mage Tower, go to a Monastery to heal (or burn it down, if you feel nasty), explore ancient ruins, dungeons, monster dens, etc.

All of those locations can be very beneficial to your character: you can gain powerful spells, advanced action cards, or artifacts that you can add to your deed deck. Or you can get fame to level up, learn more skills, increase your armor and hand limit or take command of more units.

Now that you’ve seen your options, you must compare them to your hand cards. They will give you action points for moving, blocking, attacking, and recruiting (plus many special effects, derived from this). You’ll only have a limited amount of your deed cards in your hand at any moment – when you used those, you can draw new ones for the next turn.

Figuring out what the most effective thing to do with your hand, is the main skill of Mage Knight and a game mechanic that makes it so outstanding.

As the turns and rounds pass, you’ll travel around the map, uncover new tiles, build your deck, and level up your Mage Knight and your troops for the final battle, either trying to conquest cities or fight a mighty army. When the end-game conditions are met, scoring takes place and the winner is determined. Or, in solo or cooperative play, to see whether you even won in the first place.

In either case, the score is something you should keep track of for future reference, as it tells you how well you did in the game.

How does Mage Knight feel to play?

In one word, the game is fantastic, but you have to be aware of what you’re getting into. If you’re looking for a narrative-driven role-playing adventure, it won’t be exactly what you’re looking for. Yes, there is an element of adventure included (and you can make up little stories on your own), but most of all, Mage Knight is a big mathematical puzzle.

You’ll be juggling numbers in your head: can I get enough movement points to get to that Keep if I played the strong effect of this card or use another card? Will that leave me enough siege attack to take out the Keep or will I have to go to melee combat instead?

What if I use this card to block the enemy … but then I’ll be one attack point short of defeating it. Maybe it’s best to not block and take a wound card or two instead. 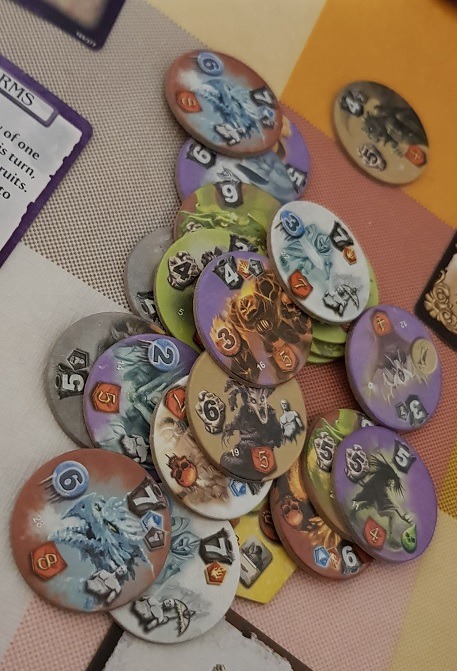 If things like that interest you, you’ll have an unforgettable time, especially in single-player mode, which is Mage Knight’s strongest feature. You can take time with your planning now. And the problems never get old: with all the terrain types, enemy tokens, cards in your hand, and other variables, permutations are infinite.

The solo mode is emphasized in both major expansions: Lost Legion, and Shades of Tezla, which include more single-player scenarios and even artificial intelligence – you can play against General Volkare, who is moving around a map just like you and commands a terrifying army – which you will have to face eventually.

Playing with other players can be great too, but they better be pretty competent Mage Knight players themselves. There is nothing worse than waiting ages for your turn while explaining all the intricate rules to players too lazy to learn them themselves and basically playing the game for them. Experienced players speed the game up and you can focus on your moves.

Still, I consider Mage Knight predominantly a single-player game – and one of the best (if not the best) on the market.

As I said in the intro, I’m a big fan of Mage knight, but I acknowledge it’s not a perfect game. To recap:

But which edition should you buy? If you’re interested in buying Mage Knight, but the Ultimate Edition seems too expensive for you – save up more money. It’s still a lot cheaper than the base game plus all the expansions.

And if you really get into Mage Knight, you’ll want those expansions anyway, so do yourself a favor and buy them from the get-go. If you have doubts about whether Mage Knight is for you or not, then it’s probably not. So, Ultimate Edition or no edition.