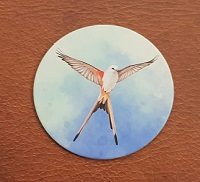 Since its publication in 2019, Wingspan has taken the board gaming community by storm, It has captivated the hearts of both casual and seasoned gamers and is now a well-established franchise. In this article, we take a look at 5 Reasons Why is Wingspan so Popular.

The first thing that strikes you is Wingspan’s outstanding appearance. You play as bird-loving ornithologists, settling various birds into three different habitats. The more prestigious the birds, the more eggs they lay, and the prey they capture, the more renowned your tableau will be.

The bird theme used is appealing and educational by itself, helping the game make its way from shelves to family tables and making Wingspan a flagship and the epitome of modern board gaming.

The looks are paired with traditionally exceptional production values from Stonemaier games (i.e. Tapestry), making sure that if this is your first contact with modern board games, it will make an impression.

From lovely bird illustrations on the cards to tactile components, such as wooden dice with their cardboard dice tower or plastic eggs, Wingspan is a joy to handle and play with. To top it off, a storage solution for cards and tokens is provided in the box, making setup and storage a breeze. 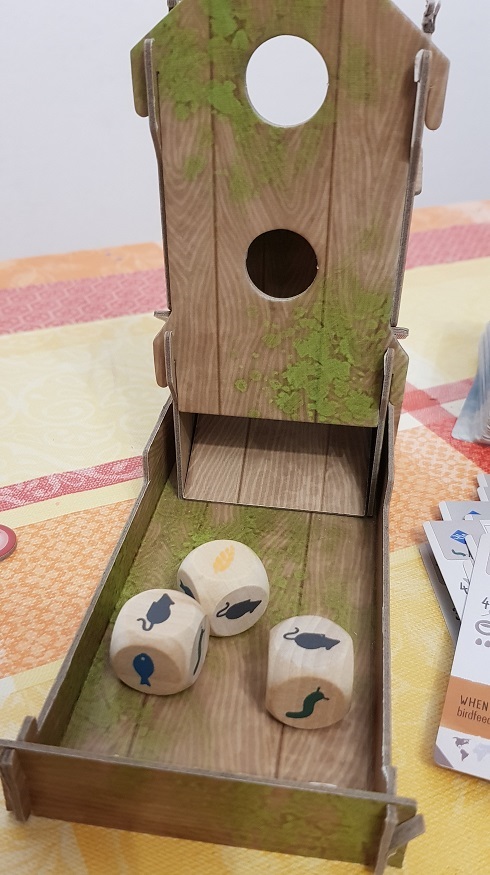 Game mechanics follow the high accessibility note. The rules are short and concise, making the learning process brief and painless. Wingspan is a great tool to introduce players to popular modern board game mechanisms, such as dice drafting, tableau building, set collection, contracts, round goals, one-time and ongoing abilities, and hand management.

The gameplay itself revolves around 4 possible actions a player can do on their turn:

The tableau consists of three rows or habitats: forest, prairie, and wetlands, and as you might figure out it’s critical where each bird and each ability is placed. You want to create synergies that will pay off at activations.

Only four actions guarantee that the player is never overwhelmed by too many choices. This makes the gameplay run smoothly and reduces downtime. Even when it’s not your turn, you are not bored. Not only can you plan your next turn in advance (except for food availability, the game state doesn’t change that much from turn to turn), you should keep an eye out for other players’ activations, as some birds have abilities that expand onto all players.

Despite the simplicity of the rules, there are still some very important choices to make. Which bird do you add and into which habitat? How do you optimize your actions? Which row will you activate this turn and which will follow?

When taking food, you need to consider what is available in the feeder and what you need to add further birds or if there’s a specific food type you need for a bird activation later. It’s similar to the laying eggs action. Consider round goals and what eggs you’ll need for later.

These intertwined mechanics ensure that you can never look at the game as just one action at a time. Everything affects everything else. Finally, getting all the factors together and activating a well-filled row of birds, reaping all sorts of rewards and bonuses is highly satisfying and exciting.

The Wingspan base game comes with 170 bird cards, which is a lot. A lot more than it’s needed in a single game. This means you’ll discover new birds even after several plays, keeping the sense of novelty and freshness. Setup variability comes from different round goals and player objective cards. Again, plenty of diversity here as well.

Another board game with a thick animal deck

But despite the high quantity of cards, the game doesn’t suffer too much from reliance on card draw. There are birds of all sorts and sizes, and you never have a feeling that your progress is hampered because a certain card didn’t show up. Even with objective cards, there are ways to mitigate bad luck (you can draw another with certain birds’ abilities).

The round goals are something you are stuck with, but never have I felt constrained by them as there’s always something you can do to fulfill them.

The decently high setup variability, the diversity of bird and goal cards, and the overall exciting gameplay make Wingspan a highly replayable board game. You’ll want to play it again and again.

This is further solidified with an excellent single-player mode. You play against an Automa player, which is basically just a deck of cards, telling you what the bot does on its turn, taking into account the round number and round goals. It has several methods how to earn points, including drawing bird cards, laying eggs, or contributing to round goals.

The end result is a tangible score with which you can compare your efforts at round scorings and the final scoring. Despite all these benefits, the bot requires very little maintenance – you just draw a card and read the icon on it. Easy to learn and fast to play.

Adding to Wingspan’s success, the game has received three expansions, which further boost the game’s replay value, variability, and strategic depth. Let’s check them out chronologically.

The first two expansions are predominantly bird cards from a specific continent (which can be mixed with the base deck or played separately), they are supported with new round bonus cards, objective cards, food tokens, eggs, Automa cards, and other accessories, such as new player mats.

The most interesting expansion is Wingspan Asia (focused on Asian birds), which doubles as a standalone game for two players, including all the necessary components for the new Duet mode. But you can also combine it with the base game, making room for up to seven players with the new Flock mode. Wingspan Asia is an excellent alternative entry point into the Wingspan universe.

Wingspan is an excellent board game and it has every right to be as popular as it is. Its success comes down to its stunning appearance, its ease of learning and teaching, as well as solid strategic depth, and formidable replay value. Moreover, it has received three expansions which increase diversity and introduce intriguing new features.