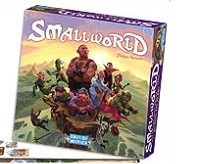 If a board game is successful, it’s almost inevitable that it will receive an expansion or two in months and years after release.

By the list of Small World Board Game Expansions, you would think Small World is a very successful game. You would be right, but it’s also very moddable – it’s designed in a way, that you can add races, powers, and maps (and also new features) without disrupting the game mechanics.

Moreover, all the expansions can be freely mixed and work with both base games (Small World and Small World Underground), so only the sky is the limit (and the depth of your wallet). To lessen the confusion, I have compiled a list of Small World expansions, along with a brief description of what it contains. This is by no means a thorough review, but an overview of what is available.

A buying guide can be found in the conclusion. 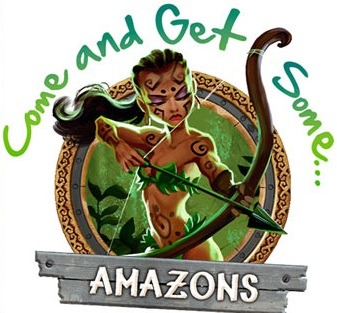 The original game comes with 14 fantasy races and 20 special powers which in itself provides many combinations. It also comes with different maps for different player counts. I’ve already dedicated a whole article to the game, so click here to read my review of Small World. Also, read it if you stumbled upon this article by chance as it will introduce you to basic Small World game mechanics and the text below will make more sense to you. 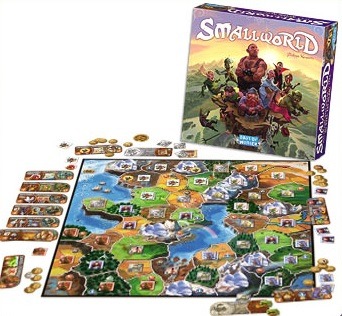 Cursed! is an expansion that introduces 2 new races (Kobolds and Goblins) together with 5 new “evil”, powers: Cursed, Hordes of, Marauding, Ransacking, and Were-. It was created as part of a Small World Design Contest.

Grand Dames was actually the first expansion for Small World. Its three new races are female: Gypsies, Priestesses, and White Ladies. Two new powers: Historian and Peace-Loving come along. This expansion was also a result of the Small World Design Contest.

Leaders are a peculiar promotional expansion (first given away at Essen Spiel 2009). They don’t add any races or powers, but 24 leader tokens, which you can take when you pick a new race. They act as an additional race token but have some special powers (they are brave, and they can be held hostage for victory points).

Tales and Legends introduce 54 event cards. Each turn you will draw one and it will tell a story and have consequences on the gameplay. Some are small, but others can shuffle the powers quite a bit. The next event is always visible face-up so that players know what awaits them and can prepare accordingly. 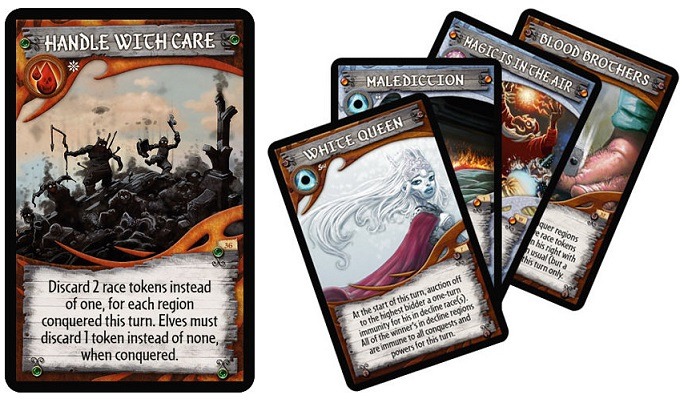 Do you know that there is an island on the lake in the middle of the map? This is where Necromancer resides, taking lost race tokens and spawning ghosts. The scenario introduces asymmetric gameplay, with one player as the Necromancer and others playing as usual.

This is a straightforward race and special powers expansion. It brings five new races: Barbarians, Homunculi, Pixies, Pygmies, and Leprechauns along with five new special powers.

Tunnels is a mini-expansion, consisting of 12 cavern markers, that act as tunnel entrances on the maps of Small World and Small World Underground. It connects both maps together, allowing up to six players to play on them simultaneously. The cavern markers are also a part of the Realms expansion.

Underground is a standalone board game that re-implements the gameplay of the original Small World. There are some differences, like monsters, occupying places of power, that have to be defeated. 15 races and 21 special powers are also new, but they can be combined with the base game and expansions.

Realms is a map pack. Together with the aforementioned tunnel markers, it comes with 12 preset maps made of double-sided tiles (for Small World and Small World Underground). Of course, more maps can be created freely with the tiles. 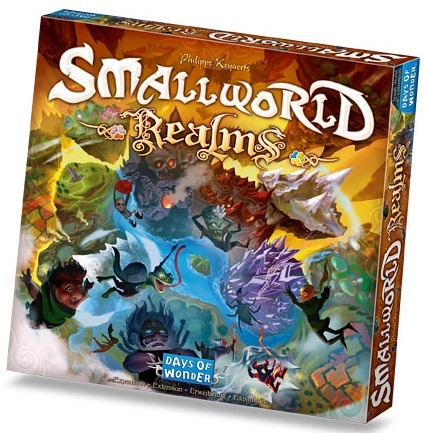 A mini-expansion containing three races (Fauns, Igors and Shrubmen) and three powers (Aquatic, Behemoth, and Fireball). At first, it was only available to Kickstarter backers but was later released into general retail.

The title is pretty clear. A new board is for 6 players exactly, because they play in three teams of two players. Discussing and planning with your teammate is encouraged. Board is double-sided, for both Small World and Small World Underground.

Designer Edition is a pretty rare gem. It includes several expansions (Cursed!, Grand Dames, and Be Not Afraid) as well as several premium components: wooden tokens for races, banners and powers; metal coins, super-sized maps, encyclopedia, etc. It’s a collector’s item, with prices on eBay at around a thousand dollars.

This is another map pack, where landmasses are divided by water (rivers), making them less passable, which changes the flow of gameplay. Four maps are included (for different player counts) and they are once more double-sided, for Small World and Small World Underground. 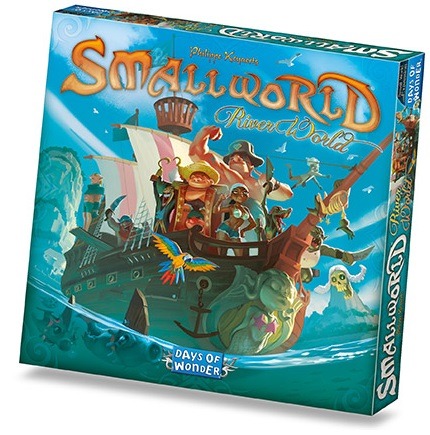 Sky Islands not only adds seven new races and powers but also introduces a new addition to the map – the islands in the sky. Stairways are connected to different regions on the map, giving a race on that territory access to conquer the sky. 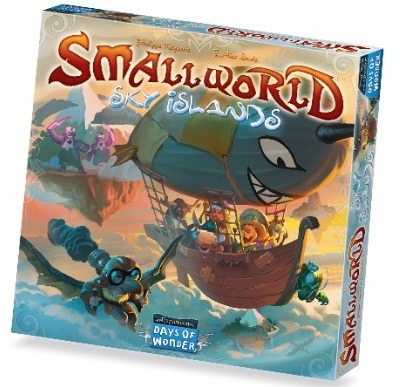 An expansion pack including Be Not Afraid… and A Spider’s Web, adding a total of eight races and eight powers.

An expansion pack including Cursed!, Grand Dames of Small World, and Royal Bonus, adding a total of eight races and ten powers.

If you’re new and getting ready to hop into Small World, I suggest starting with the base game or Underground and going from there. You will see for yourself what you most desire. New races, new maps, new scenarios, or all of it. Usually, the Power Packs offer good value for money, so keep an eye open for good offers.