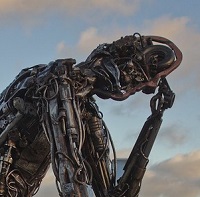 This article tackles the issue of perfectionism and how it applies to everyday activities, particularly board gaming. How perfectionism is stopping you from enjoying board games and what can you do to self-improve?

Today I want to discuss an issue many of you might not even realize exists – perfectionism. I want to focus on how it affects our enjoyment in board gaming, especially since this has been something I’ve been struggling with myself.

Perfectionism is not a mental illness, it is a mental disorder that can affect your life, your life decisions, and overall success in life to a degree. Of course, nothing is black and white and there are different stages of perfectionism.

(note: I use male forms in this article – It’s just for the ease of writing, everything written here applies to all genders.)

While striving for excellence (having high standards) is positive, aiming for unattainable perfection will make it harder to reach your goals. A perfectionist will try to avoid mistakes at any cost, resulting in less risk-taking. Or often rather not starting a project at all, than risk the outcome of less-than-perfection.

It’s only human to make mistakes and mistakes are what we learn from and grow. But perfectionists experience mistakes and failures personally – with a lot of emotional investment. An honest mistake (like a wrong move or a loss in board gaming) will result in him feeling that’s he’s not good enough. He’ll see himself as a failure. Even though he played many other moves correctly, that one mistake will define how he sees his performance.

How I experienced perfectionism before my board gaming “career”

I’ll give you an example from amateur football (soccer) where I often participate as a goalie. I set very high goals for myself – nothing short of several miraculous saves and not one mistake per game is good enough for me. Of course, something like that is unattainable for a professional, let alone for an amateur sportsman like me.

This results in me coming out of matches in a bad mood, feeling as if I have failed. If we lost and I feel like I could have done so much more, the feeling is gutwrenching. This often leads to a lot of anxiety before games – knowing full well that I won’t be able to avoid making mistakes, overthinking stuff, and just making it harder for myself as it already is.

The positive of the situation is that I am aware of it and try to consciously have a careless approach. Sometimes it works (particularly when I’m busy with other stuff and don’t have too much time to overthink), sometimes not so much. Subcounciusness is a powerful force. Luckily, my perfectionism is mostly expressed in a competitive environment and not so much in life in general.

But there are people the condition is hindering so much that it can lead to a constant feeling of not being good enough, anxiety to do stuff, depression, and even suicide.

Obsessive Perfectionism In Board Gaming

In video gaming, obsessive perfectionism materializes in the form that you need to do everything that there is to do in order to get the feeling you’re playing the game properly. You have to search every corner, pick all the loot, collect all the items, and so on.

In board gaming, I found that this manifests in a slightly different form – in form of (over)optimization. Board games are often designed in such a way, that the player has limited resources per game. Sometimes it’s a hard cap on the number of turns, other times it’s connected to a deck of cards, amount of a certain resource, or just in general the number of things you can do are limited by game-ending victory conditions.

For me, this is a realization that if I’m limited on how much I can do, then what I do, must be perfect – or it’s simply not good enough. This feeling is especially strong in games that have a good single-player mode (examples I play regularly: Mage Knight, Gaia Project, or Friday), where this is actually true by game design – games are so tight that only a perfect (or a near-perfect) play will result in victory. That means optimizing every turn and overthinking your moves.

In games with other players, how much you must optimize to win is dependant on the skill level of other players. Even if the competition level is not great, the perfectionist will feel his every move has to be perfect or he has failed. This can result in big anxiety of making mistakes, which can even result in being reluctant to play – even though skill-wise, he might be head and shoulders above the competition anyway.

Fear of making a mistake

You see, perfectionists live in constant fear of making a mistake. We suffer from performance anxiety, especially if there’s an audience. Should we make mistake, we won’t just feel disappointed. We feel everyone will judge us and we would feel ashamed. That’s why we strive for perfect moves – in hopes other players will see our great plays and praise them – which we would again channel inwards to feel wanted and appreciated.

This results in extra engagement and competitiveness. While for a regular player an explanation of rules from someone else might be enough to play a game, a perfectionist will read through rules over and over again, making sure he’s doing everything by the book. Likewise, he’ll be the one studying online strategy guides.

His moves are often long, having a hard time deciding on the optimal move (analysis-paralysis) and he will even have a hard time watching other players make sub-optimal moves. For him, board gaming is not fun – it is tedious work which he only takes pride in if the victory is flawless.

As a result, anxiety and overthinking about future mistakes often set in even when only thinking about playing. And as a result, you often decide not to play at all. Because so many things can go wrong.

I want to reiterate again: things are not black and white. This is just an observation of one perfectionist (myself). Although others may suffer from similar problems, they might not be of the same severity or they’ll have others. A human mind is a complicated machine and this article surely isn’t long enough to study it (nor do I have the knowledge to go any deeper than what I have). Check Wikipedia for more information about perfectionism.

Saying that – there are ways to improve your situation if you are a perfectionist. Inevitably, the first step is to admit that you have a problem. For a long time, I thought I was just super-competitive and the condition is making me play better (which was true). But I’ve missed the side of the coin where it’s lessening my enjoyment of playing and just having fun.

The next step is working on the issue. This is not a one time-step, but rather a life-long process.

Making mistakes is fine, you’re not a failure or a bad person if you make them.

You need to repeat this to yourself over and over again. You don’t have to do everything perfectly when you’re doing something. It’s not possible to be mistake-less.

You don’t have to win to have fun.

This one is important as well. Try deriving fun from other sources. Spend an enjoyable evening with friends and detach from the overcompetitiveness. You don’t need to know every rule by heart. In the grand scheme of things, is it really important if you placed that worker at the most optimal slot?
Keep saying to yourself that you don’t care what happens during the game, since it won’t have any effect on things that matter in life.

This last piece is more of a challenge. Deliberately play badly. Does everything point that the optimal play is to build a brewery next? Well, build a farm instead. Or something that defies logic even more. Try a new strategy, even if you know it will fail. Be reckless and unpredictable just for the sake of it. Who cares about the result, use the game as your sandbox and just do whatever pops to mind.

You won’t believe how much fun you will have when you change gears like that. It will be a liberating, almost cathartic experience. After years pass, those are the experiences that will stay with you and you’ll remember them with a smile on your face.

Perfectionism is something that is often seen as culturally positive, but it can be devastating in many activities. For me, it was board gaming that made me realize that I have a problem, which I have to work on.

I know it will be a long process, but every journey begins with the first step.

Do you relate to the problem of perfectionism? Do you think it even is a problem? I’d be happy to see your opinion in the comments below.