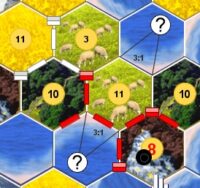 About ten years ago I was playing Catan regularly online on AsoBrain. After that, some other things in life took over and I played less and less until I eventually forgot about it and stopped completely. It wasn’t until recently that I remembered about games on AsoBrain.com (although it took me a while to remember the name of the site) and decided to give it another go.

At first, I was in for a shock. 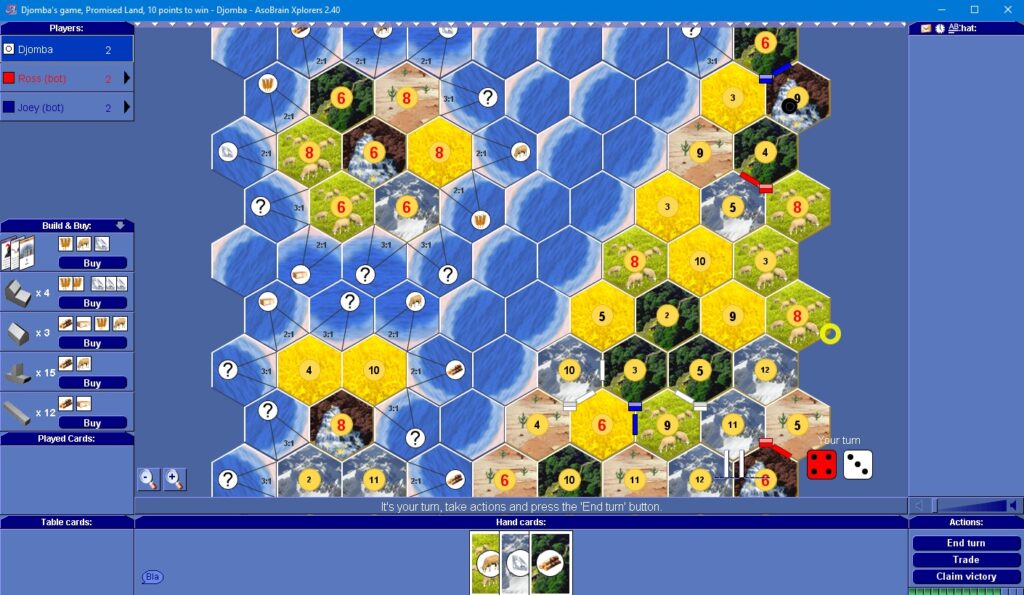 Since I haven’t played for so long, my account got deleted. No big deal, I’ll just create a new one – it is completely free after all. I registered and … they have a 5-day waiting period for you to get approved. Apparently that is to discourage banned members to register straight after their ban, but 5 days really seems a bit over the board.

5 days time can be reduced if you have an invitation from an existing member, but I didn’t. As I am now a member, I can give out invites – so if you want to give AsoBrain a try, let me know.

Waiting it is then for me, and after five days I was finally approved.

Web page itself features a distinct purple background. Menus are on the left and they contain all the expected options like account options, rankings, forums and play sub menus. Easy to navigate.

Four games are supported on the AsoBrain platform. They are a replica of a real board game, but without an official license. They are:

By far the most popular game is Xplorers (at the moment of writing 370 players online – for comparison Colonist.io (read my review here) has 77 players online right now), followed by Toulouse (38 players currently). Set and Roadblock are unpopular – it’s hard to even find anyone playing them – both are at 0 players presently online.

This review will therefore be focused around Xplorers, Toulouse will follow in a future article. Other two games, I shall not review.

Each game has its own java based client and, from the technical side, it works very well – I did not experience any disconnects, freezes or other difficulties.

This is the most complete Settlers of Catan that I have played on a computer. Seafarers are treated as a part of a base game (if want to play only base game, select a base game map) and there are dozens of different scenarios to play them on. Cities and Knights are included with all the rules, set of maps are the same. And all of that completely free and not a single ad on the page. 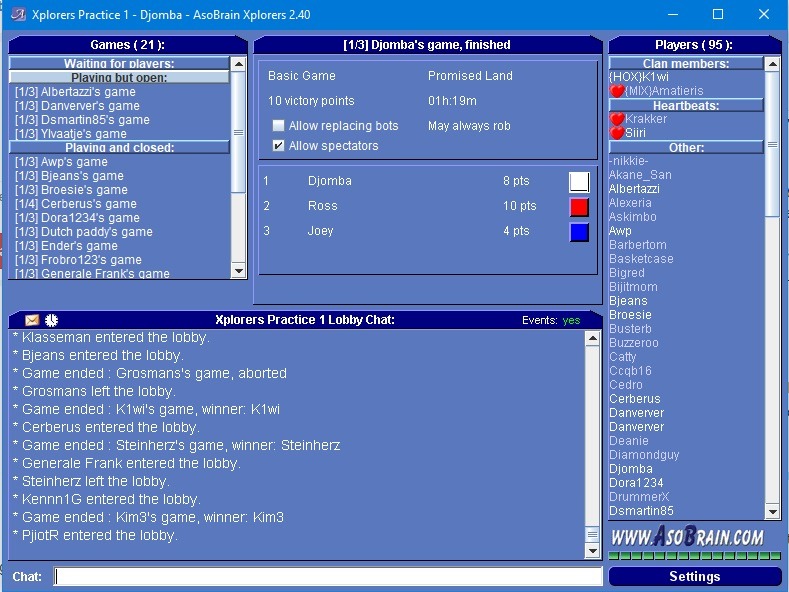 You have an option to select ranked or practice servers (tournaments are available from time to time), which opens up the client. In the client there are options to join games created by other players or to create a new one.

Whoever creates a new game, decides the rules: mode (base game including Seafarers, C&K or Cheops (only available in practice – a custom scenario where the goal is to build pyramids), victory conditions (10, 13, 15 or 17 points to win), scenario (map) and number of players (including bots). Only 3 and 4 players are supported, unfortunately.

Bots are fine for practice, but once you get a hold of the basic game strategy (see my tips here), they don’t offer much challenge. If you are an above average player (read my tips on how to become one), you will win every game easily.

Against other players things are, of course, much more even. And there are some seasoned experts on there, as well as plenty of average Joes. 5-day waiting period does help with thinning out the field and reducing the number of trolls and quitters.

User Interface and Game Board

The UI contains all the important elements, but it took me a game or two to get used to. Resources the players hold are not always visible, but you have to click on their name to view the details. That’s not quite ideal, with modern large screens and high resolutions there is enough space to have it always on. 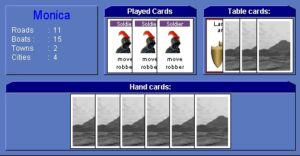 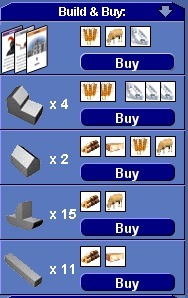 Another detail that I missed is the amount of resource cards still in the bank – that info comes particularly handy when you have a monopoly card. It’s more of a real life here and you have to keep track manually.

Tiles look nice and are easy to tell apart as are the numbers (no dots underneath the numbers unfortunately), buildings and roads, ships and ports.

Trading and building is natural – all the buttons are in the right spots, but again – a couple of games of getting used to. Rolling the dice manually (you just click on it, but it’s a nice feeling) also adds to immersion. Chat window is included.

All the resource card divisions and other calculations are done automatically, of course. Overall I’d say that the UI is pretty good (with improvements on other player’s card status it could be excellent) and you can just focus on the game. 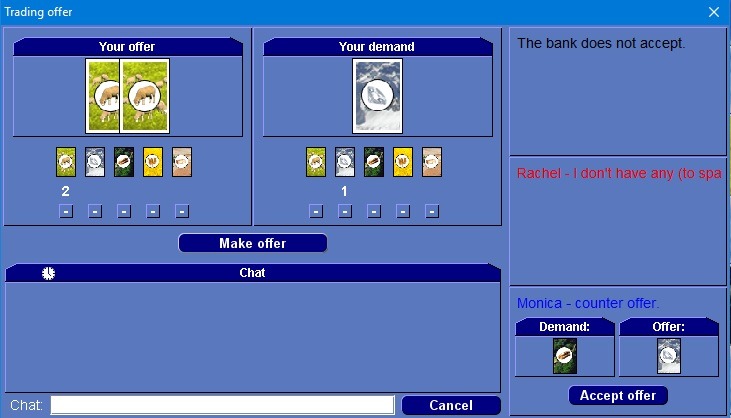 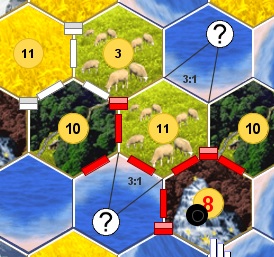 Games against bots are very fast and I can’t think of a better way to learn about game mechanics. In particular Cities and Knights game mechanics. You can complete a game that would (in real life) take over 2 hours in only 20 minutes. If you are into this expansion, AsoBrain is the best platform to practice.

Against other players, turns take slightly longer. That’s to be expected of course. Players on average have a very good etiquette and tend to still play quite fast, and the overall experience is positive. I didn’t come against anyone who would stall the game.

If you’re looking to play Catan against bots or other players and especially if you are into expansions ans scenarios, AsoBrain is a place to go. Completely free to play, there is no reason not to register right now (so that your 5 day registration period gets done with as soon as possible).

Click here to read my review of Settlers of Catan

If you would like an invitation to shorten the wait time, leave a comment below, and I’ll see what I can do. All other comments about the article and AsoBrain are welcome too, of course.

8 thoughts on “Games on AsoBrain.com: Xplorers”