So, according to our skill/luck spectrum, we have three different types of board games:

Let’s say your friend is tossing a coin and let’s say it’s a fair coin – the toss can only have two outcomes (head or tails) and the probabilities are 50/50. This is a pure luck game. It does not matter what the last toss was, what the last 10 or 100 tosses were. It doesn’t matter what your friend’s mood or weather is. In fact, it doesn’t even matter what you say. Head, tails, a hundred times head, a hundred times tails – the probability of you guessing the next toss is always 50%.

This is a board game where skill does not matter, it all comes down to luck – your choices do not matter.

Let’s first define what I mean by skill in board games. It is a combination of complex but sensible game mechanics in which a good player can develop different strategies and approaches to outwit other players.

This type of board games is slightly harder to find – the best example is chess. In chess, there is an absolute minimum of luck involved (white gets a minor edge), but matches are usually several games long, so that every player gets both white and blacks equally and eventually only skill matters.

I’ll give you an example. Assuming you are a quite decent chess player. I’ll give you even more credit – say you are an above average player: you’re beating your friends regularly, you’ve read some books, studied some openings and closures, all the good stuff.

Now I’ll put a chess master against you. A real expert, someone like Gari Kasparov. You are going to lose. A lot, very likely every single time with both whites and blacks. He just has more skill and you can’t count on getting lucky since there is no luck involved.

Check out my review on Square Off – smart automatic chess board.

We can say that the outcome of this board game depends solely on player skill – the better player always wins.

3. Board Games with both Skill and Luck involved 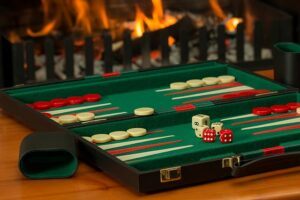 Most board games fall under this category and it’s not hard to see why. Both previous categories have major drawbacks, which I have bolded out.

– Your choices do not matter.

In this type of board game there is a problem with player involvement. As there is very little a player can do, they will lose interest very soon. (One way to keep the player coming back is introducing betting and giving him different odds (think roulette or craps), but this is beyond the scope of this article.)

There is no complexity in game mechanics, different strategies cannot evolve, debate cannot spur, and the game cannot develop a community or a cult of followers.

Although the above is still true, it’s a bit different here – player skill can change over time. With a lot of skill involved in this board game, the players have an opportunity to learn, adapt and develop different strategies. Most popular board games (namely chess) of this type have a huge following and dedicated communities (tens or hundreds of years old!) with a ton of studies, books and articles.

Therefore, even if the better player still wins, the lesser player has all the chance in the world to get better and get him next time. But it would still be hard to beat Gari Kasparov. 🙂

– The best of both worlds.

We’ll have a look at another example here: a board game with mediocre skill and mediocre luck factor involved – e.g. Monopoly. It has just enough skill involved to keep players engaged and to think about their actions and just enough luck that it keeps the excitement high.

Tips and tricks for winning at Monopoly.

You never know what is going to happen: how the dices will roll, on which property you will land and, eventually, who will win. Yes, the most skilful player will win most of the times, but it’s that factor of luck, that gives your little nephew a bit of hope that maybe next time he’ll bankrupt you.

Most board games try to hit that sweet spot and it’s the holy grail of board game design. You want your board game to require plenty of skill and complexity, but still be easy to understand and picked up by beginners (so you can sell to a broad audience).

Also, you want a certain amount of luck to keep the game fresh and interesting for all players, to keep them coming back for excitement. But also not that much that it prevails over skill and creates too many chaotic moments – that too will drive players away. The statistical term of this would be that the game has high variance.

As a rule of thumb high skill level and mediocre luck level is what the best board games are made off. It is indeed a thin line and in the future articles I’ll give some examples and show you how some popular board games managed to nail it (or fail it). 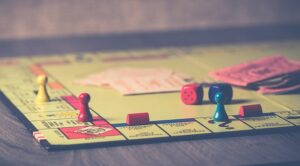 I hope you learned something about different types of board games when it comes to skill and luck involved in them and why board games try to hit that sweet spot. If you have any questions, please leave them below and I’ll be glad to answer them.

Click here to read about current trends in board gaming